Can you imagine your child being caged without access to critical care and treatment?

This is what children and their families are facing while seeking safety. 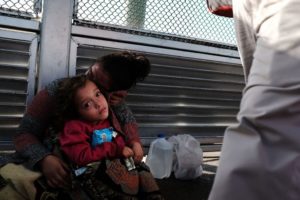 The U.S. government should protect children from harm, with special care given to children without guardians because they are particularly vulnerable. As children and their families are fleeing violence and instability, U.S. policies and practices increasingly result in unsafe treatment and death upon arrival in a country they hope will be a safe haven.

The Department of Health and Human Services (DHHS) has taken over 40,000 children into custody, a 57% increase from last year. Hundreds of children are still being separated from their families and detained in unsafe facilities.

At least 6 children died in the last 8 months while in U.S. government custody related to inadequate healthcare.

These children’s deaths come in the wake of alarming reports of cruel conditions and child abuse in detention centers.

Just last summer, lawsuits were filed on behalf of unaccompanied minors who were being physically and psychologically abused in detention centers.

No child should die from inadequate healthcare.

No child should be abused in detention centers.

When children in U.S. government custody report health issues, they should be treated immediately. When unaccompanied children come to the U.S., we should honor the Flores Agreement and quickly unite them with a trusted sponsor so they are not living in detention centers, whether or not they turned 18 in the meantime. If family members are separated, they should be reunited with one another immediately.

Help put an end to the abuse and mistreatment of immigrant children and separation of families. Contact your U.S. Senators and Representative in Congress to tell them:

We are stronger as a country when children and families are treated with care and respect.

“…no one leaves home unless home is the mouth of a shark… you have to understand, no one puts their children in a boat, unless the water is safer than the land.” – ‘Home’ by Warsan Shire 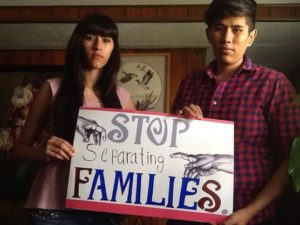