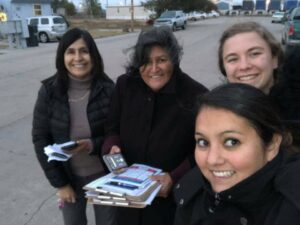 GOTV canvassers with Empowering Families, a community organization in Scottsbluff.

As we look toward Thanksgiving, we feel deeply thankful for the many wonderful people across the state who worked hard to ensure local community members were ready to vote in this year’s elections! – knocking thousands of doors through rain and snow in a nonpartisan effort to share information about options for voting by mail, early in-person, and at the polls.

Thanks to the hard work of community organizing teams and volunteers, we reached more than 19,000 new immigrant voters and voters of color in nine counties across the state. 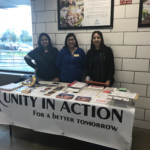 Local organizations and volunteers across the state made a huge difference in reaching out to potential voters in their communities. Unity in Action in South Sioux City, Centro Hispano in Columbus, Crete volunteers, Grand Island Latino Network, Lexington volunteers, Native Dreams in Alliance, and Empowering Families in Scottsbluff, together with Appleseed staff made more than 4,700 phone calls, knocked on nearly 6,000 doors, sent postcards to more than 19,000 voters, and reached more than 2,300 people with an in-person conversation!

Congratulations to all – Nebraska is strongest when all eligible voters are engaged and use their voice! 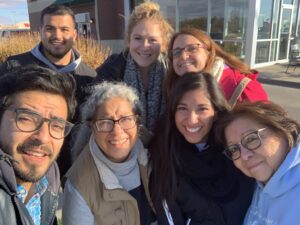 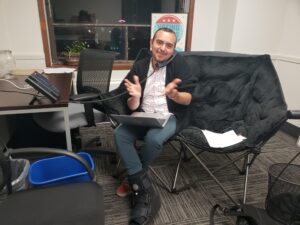 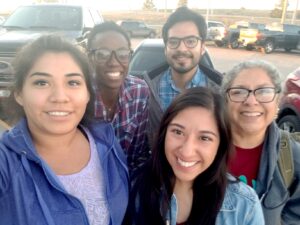 Our crew went to Lexington to engage new voters.