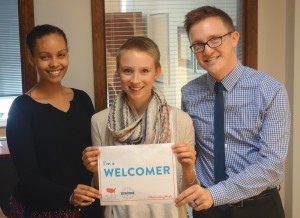 Welcoming Week 2015 was the biggest ever, marking a significant moment for the Welcoming movement from September 12-20. People across the United States joined in by participating in Welcoming Week, a national movement  that aims to celebrate and honor the contributions that immigrants make to our local communities every day.

This fourth annual event that included more than 245 events and more than 22,000 people participating in 31 states (including Nebraska) shows a growing desire for our country to become more inclusive and welcoming for all New Americans.

The nation-wide movement, led by Welcoming America, included more than 250 partner organizations including MoveOn – a nonprofit organization focused on education and advocacy as well as providing civic engagement tools to the public, and building the progressive movement by encouraging and supporting the development of more grassroots leaders.

Nebraska continues to be a national leader in welcoming. On September 17, the White House Task Force announced the launch of the Building Welcoming Communities Campaign to support initiatives that build bridges among immigrant and receiving communities. Three Nebraska cities – Crete, Lincoln, and Schuyler – were among the first 40 U.S. communities to sign on to the campaign. 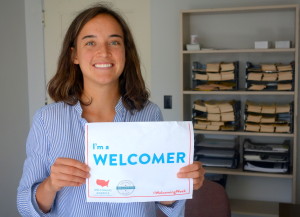 National Welcoming Week was highlighted by several events locally. Award-winning journalist Jose Antonio Vargas set the tone as the first guest speaker in the 2015 EN Thompson Forum at the Lied Center on September 15. He shared his story growing up as an undocumented immigrant from the Philippines and of the people who supported his success here in America. As a co-founder of Define American, he continues to promote dialogue about the different backgrounds and experiences that make up the diversity of Americans.

The celebration continued with community members taking a walking tour of businesses owned by New Americans in one Lincoln neighborhood. A variety of businesses featured included a Vietnamese restaurant, an Oriental market, South Sudanese grocery store, and a Mexican bakery. Each business owner had an opportunity to tell their story about why they started their business, how they funded it, and who their customers are. Community members were treated to Vietnamese sandwiches and Mexican pastries and flan. They ate coconut cookies at the Oriental Market and bought coffee and candies at Lincoln Grocery Mart, the South Sudanese store. 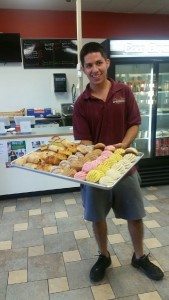 The tour also included a stop at the Good Neighbor Community Center – a nonprofit organization that supports refugees and immigrants providing food, clothing, ESL classes and opportunities for social interactions.

Community members from across Nebraska also stood up and proclaimed themselves as welcomers on social media by joining the “I am a Welcomer” campaign.

Nebraska has long recognized the power and strength of diversity and inclusion. National Welcoming Week was another reminder of how our communities, our neighborhoods, and our businesses all thrive when we make efforts to welcome new neighbors and walk forward together.