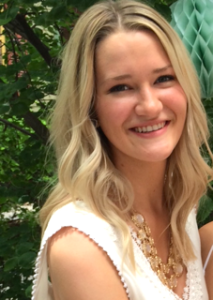 Immigrants & Communities Intern Taryn Zastrow is taking her longtime passion for social justice and combining it with her newfound love of public policy at Nebraska Appleseed.

Hailing from beautiful Norfolk, Neb., Taryn is currently studying at the University of Nebraska-Lincoln where she is a senior Psychology major. She said the professional pursuit of public policy is fairly recent, “For years, I actually wanted to go into the criminal justice field, and I ultimately wanted to be in the FBI,” she said. “It was not until this past year I have decided to either pursue a Law Degree or a Masters in Public Policy.”

Combining her passion for social justice with her newfound career choice of public policy, she naturally ended up at Nebraska Appleseed, “I love Nebraska, public policy, and advocating for the rights of people everywhere – so it seemed like a perfect fit.”

Hearing about Appleseed through the wonders of social media, she immediately became attached, “After coming across a Twitter post concerning the DREAMers driver’s license bill, LB 623 (which the Legislature passed this spring). I thought ‘this makes sense’. I began to research other causes that Appleseed advocated for, and found myself to be extremely interested in what they were doing.”

Taryn prides herself on being organized, but says that right now her future plans remain open with many possible options. She hopes to end up in Washington, D.C., one day, but wouldn’t be heartbroken if she was in Chicago. However, she is open to the idea of combining social justice with being a professional ice cream taster (Note: Taryn may be onto something).

When not passionately fighting for justice, Taryn enjoys spending time with her cat or watching NBC’s hit show, The Office while polishing her Dundie Award for Fine Work after beating out Stanley.