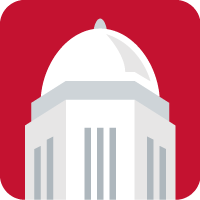 The Nebraska Legislature closed their 2015 session last week, and what a remarkable session it was. Many of Appleseed’s priority bills became law, yet important work remains to address several issues next year.

LB 623 – This bill, which makes Nebraska the final state to allow driver’s licenses for DREAMers – young immigrants who came to the U.S. as children – was passed into law on May 28 when the Legislature voted 34-10 to override the veto of Governor Pete Ricketts.

Appleseed issued a statement thanking all of the State Senators, youth, and community leaders across the state who supported this bill, which is a great step to allow these talented, hard-working young Nebraskans to contribute more fully to our communities. See photos of LB 623 final vote.

For DREAMers looking to apply for their license, first check out this “Know Your Rights” fact sheet from ACLU of Nebraska.

Bills pass to help hard-working families get ahead

LB 607 – This bill to increase payment rates in Nebraska’s Aid to Dependent Children (ADC) program for the first time in nearly 30 years passed 45-0 on Final Reading on May 21 and was signed by the Governor on May 27.

LB 81 – This bill to strengthen Nebraska’s child care subsidy program, a critical work support for working families with low incomes, and reduce the harmful “cliff effect,” passed 47-0 on Final Reading on May 21 and was signed by the Governor on May 27.

Gov. Ricketts signed into law a pair of Appleseed’s priority bills that address the child welfare system and will improve outcomes for youth who age out of foster care.

LB 243 –  Creates a pilot program to establish connections between youth in foster care and their family members. This bill also includes important changes and technical clean-up to the Bridge to Independence program for youth who age out of foster care. Signed by the Governor on May 27.

LB 566 – Will strengthen and clarify aspects of Nebraska’s Indian Child Welfare Act and help maintain ties of culture and tradition that are essential to the well-being of native children and families. LB 566 signed by the Governor on May 27.

LB 599 – This bill, which would have allowed employees to pay high school student workers a lower minimum wage than the one Nebraska voters approved last November, was not passed on Final Reading on May 15. The bill received 29 “Yes” votes, four short of the 33 needed for passage.

On February 18 the Legislature voted down harmful voter suppression bill LB 111. Senators voted 25-15 to “bracket” the bill, effectively killing it for this session. Appleseed opposed this bill because it would have been an unnecessary barrier to vote for many groups of voters including seniors, people with low incomes, and students.

The major issue left unresolved by the Legislature is the ongoing problem of nearly 74,000 Nebraskans being left unable to afford health insurance. This coverage gap creates damage to Nebraska’s communities, prevents us from bringing nearly $2 billion in federal dollars back to Nebraska, and destabilizes many hospitals in smaller areas.

The Legislature did not pass LB 472, a bill that would have addressed these problems, back in April.

A group of 15 State Senators have signed on to an interim study, LR 306, introduced by Sen. John McCollister, to examine plans Nebraska could create to close this coverage gap.

Appleseed will continue to strongly advocate for a solution to this dire problem that leaves so many of our friends and neighbors unable to get the healthcare they need.

You can keep up with Appleseed’s work all year long by liking our Facebook page and follow issues, events, and hearings in real-time on Appleseed’s Twitter feed. Plus, stop by our Appleseed Blog for opinion pieces, informative updates, and news stories, and visit our Vimeo page for videos of what we’re working on throughout 2015.

Appleseed will keep working throughout the year on impact litigation and on issues at the federal level that affect justice and opportunity for all Nebraskans. We’ll let you know how you can take action to get involved and make your voice heard throughout the year!

Find these updates useful? Please consider making a donation to Nebraska Appleseed and help us continue our efforts.