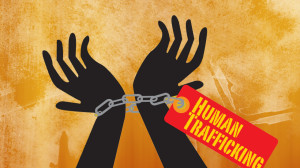 Last Wednesday, the Judiciary Committee of the Nebraska Legislature held a hearing on LB 294, a bill introduced by Senator Jim Scheer. LB 294 would play an important role in strengthening Nebraska’s counter-human trafficking efforts when investigating cases, prosecuting traffickers and caring for survivors of sex and labor trafficking.

Testifiers in support of LB 294 consistently recognized the seriousness of human trafficking and its presence in our state. Service providers, prosecutors, members of the Governor’s Task Force on Human Trafficking, and a survivor of human trafficking testified and shared their collective experiences.

Even though there was disagreement about how to ensure that vulnerable trafficking victims were connected to the services they need, we are excited that the Nebraska Legislature continues to take steps to fight human trafficking in our state through bills like LB 294.

The executive branch of Nebraska’s state government also is playing a key role in combating human trafficking in our state. The Governor’s Task Force on Human Trafficking was created by the Legislature in 2012 and has a number of gubernatorial-appointed members from various fields including education, nonprofit organizations, and law enforcement.

The task force has recently adopted a new tool to help identify victims of human trafficking. The Trafficking Victim Identification Tool (TVIT) is the first-ever validated screening tool that can identify victims of both sex and labor trafficking regardless of whether the victims are adults, children, immigrants, or U.S. citizens. The tool uses a 30-topic questionnaire and includes best practices for building trust when interviewing a potential victim of sex trafficking.

To learn more about the TVIT:

For more information on the issue of sex trafficking and how it affects children who are in foster care at a higher rate, read our Child Welfare and Sex Trafficking in Nebraska report.