On October 11, we will celebrate the outstanding contributions of Nebraskans who have stood up for justice and opportunity for all at the 2018 Good Apple Awards in Omaha. In the days leading up to the Good Apple Awards, we are proud to introduce you to the honorees we are recognizing this year. 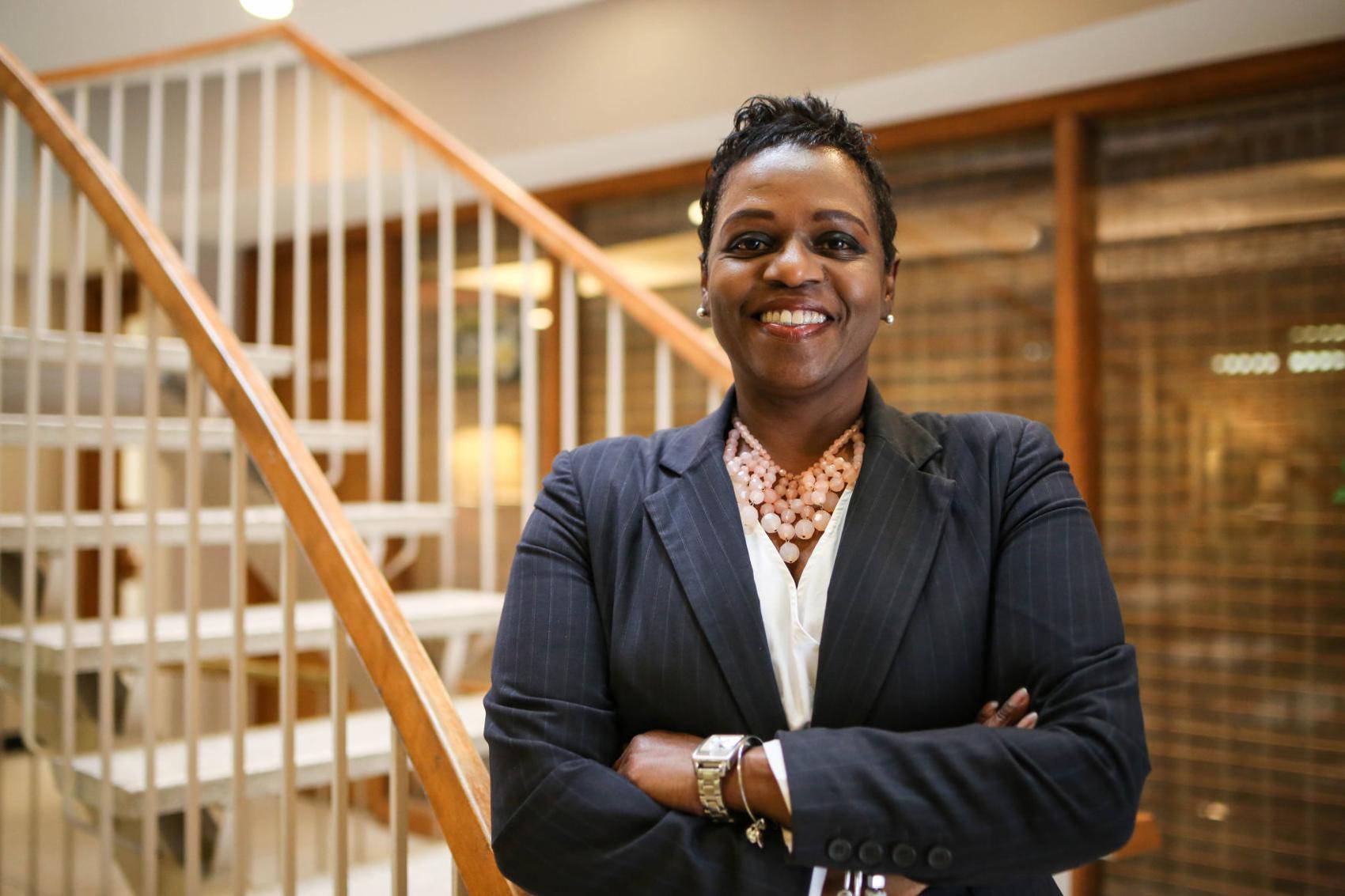 At Nebraska Appleseed, one of our team’s core values – we do what needs doing – is also embodied in the strength, passion and dedication of one of our peers: Karen Bell-Dancy, Executive Director of the YWCA Lincoln.

For more than 30 years, Karen has devoted her career to education – from elementary to higher education – and models herself, and her work, by her motto: “Lest we forget.” A Kansas City native, she spent 13 years working with UMKC’s TRIO programs and 6 years as Director of Distance Education for UNL.

In 2016, Karen transitioned from the Lincoln YWCA’s Financial Development Committee to become the Lincoln YWCA’s first African American Executive Director. Since then she has grown the organization’s mission, purpose, and efficacy. Her passion for eliminating racism and empowering women and girls is mirrored in every level of the team at YWCA, and her leadership has inspired a true commitment to revamping and improving the collective approach to race equity work in the community.

Karen has recommitted the YWCA to systemic change work in addition to the many direct services they provide. Karen and the YWCA has partnered with Nebraska Appleseed on several issues to advance economic justice, including a recent interim study to address the cliff effect that families experiencing poverty face. The YWCA is focused on meeting the immediate needs of the women and girls they serve, and helping them progress into a future in which opportunities abound.

We are so proud to celebrate Karen Bell-Dancy with the 2018 Milo Mumgaard Emerging Leader Award. Her leadership and commitment to eliminating racism and empowering women and girls embodies the spirit of this award, and we are thrilled to see the fruits of her dedication to justice and opportunity in the coming years.

Join us to celebrate Karen Bell-Dancy at the 2018 Good Apple Awards on October 11th. For more information about the event, contact Morgann Freeman at mfreeman@neappleseed.org.