Each semester, Appleseed is fortunate to work with bright, talented, and dedicated interns and law clerks who are passionate about fighting for justice and opportunity for all Nebraskans. We’re excited to have interns and clerks join our team virtually! Meet the outstanding Nebraskans who dedicate their time to positive change in our communities. 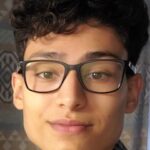 Nile is interning with the Immigrants & Communities Welcoming team. He is currently a junior Political Science and Communications double major at Nebraska Wesleyan University. When asked why he wanted to intern at Appleseed, Nile said “So I could help other first-generation immigrants in our community like my Ethiopian father.” He hopes to one day work in the Unicameral or Washington D.C. and focus on immigration policy and judicial reform. 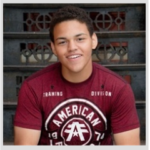 Jason is a senior Political Science and Business double major (with Psychology, Legal Studies, and Gender Studies minors!) interning with our Economic Justice Program. His work focuses on food and nutrition access and Jason wants to promote equitable access to resources for underrepresented populations. Outside of his work with Appleseed, Jason is also the Field Director for a local campaign where he leads a voter outreach program to approximately 4000 houses! 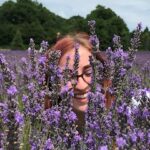 Laurel is an intern with our Organizing team, originally from Richmond, VA! In relocating to Nebraska, she wanted to do work that would help her get to know her community. She is excited to work on the Raise the Wage campaign and appreciates being at an organization that is explicit about their values of racial and economic justice. 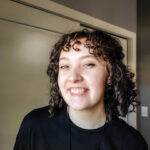 Anna is a senior at Concordia University where she studies Psychology & Behavioral Science and Pre-Social Work. She is an intern for our Economic Justice team, with a focus on food and nutrition access. Anna is excited to help local communities in the pursuit of justice and equality for all Nebraska residents. In the future, she plans to get her Masters in Social Work and become a Licensed Mental Health Practitioner. 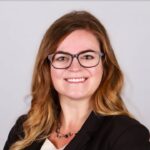 Claire is a second-year law student from Fairbury, studying at the University of Nebraska College of Law. She is excited to clerk with Appleseed because it will give her a direct opportunity to advocate for equality and serve her community. Beyond her passion for advocating for Nebraskans, she is also passionate about Halloween. After law school, Claire plans to pursue a legal career in public interest.

Please join us in welcoming our fall interns and clerks! Are you interested in joining us next? Learn more about our internship and law clerk programs here.