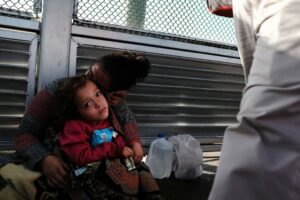 Families seeking safety and asylum at our southern border are currently being separated. While that is horrible enough, the White House is seeking to implement an even-worse plan.

The Trump Administration is currently attempting to replace a family-separation policy rejected nationwide with indefinite child and family detention, which would subject children to further trauma and abuse.

You can help stop this proposal. The proposed rule would do the following if passed: 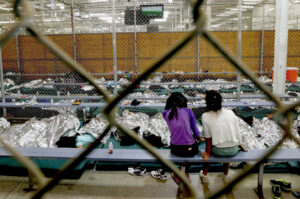 The federal government already has a poor track record with keeping children safe from abuses while in detention facilities. All children currently separated should be reunited with their caretakers and loved ones. Families should not be separated nor indefinitely detained. Instead, families fleeing violence should be treated with dignity and released together to live in safe communities while their asylum claims are processed to better ensure safe living conditions.

Children do not belong behind bars, they belong in their parents’ arms. Families Belong Together.

Speak out: Submit a Public Comment to oppose jailing children.

The last day to make your voice heard against this inhumane proposed rule is Tuesday, November 6th.

What are public comments? When a federal agency proposes a rule change, they ask for public input for 60 days after posting the proposal before they can finalize the rule.

Your voice matters. Submit a short comment by November 6. All public comments are taken into account before the rule is finalized. You have until November 6th to let your opinion be heard by the Department of Homeland Security.