The state of Child Welfare in Nebraska 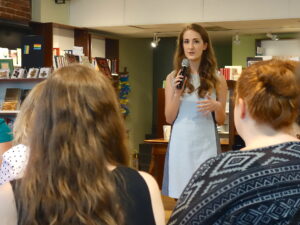 At Nebraska Appleseed we advocate for policies and practices that help prevent families from becoming involved with the foster care system. For the times when the support of the system may be needed – when children enter foster care – the state becomes their guardian and takes on the responsibility of ensuring their safety and wellbeing.

Recently released reports from the Office of Inspector General of Child Welfare and the Foster Care Review Board have demonstrated that in a number of concerning cases, this safety is not being provided.

The Office of Inspector General of Nebraska Child Welfare (OIG) provides increased accountability and oversight of the child welfare and juvenile justice systems. In the OIG annual report, released in September, recommendations were made after the investigations of the two deaths of state wards that occurred this year.

A consecutive OIG report detailed the investigations of 50 cases of sexual assault of children between 2013-16 while they were in the state’s care or when they were placed in a home with adoptive parents or guardians by the state.

In response to these findings and recommendations, Nebraska state senators have taken a stance, including Senator Kate Bolz calling for further oversight of the child welfare system.  In his January 10 State of the State Address, Governor Ricketts announced his commitment to supporting the rising number of children in Nebraska’s foster care system with an additional $35 million to fund the child welfare program, in addition to a task force to assess causes for entries into the system.

We urge the Governor and State Senators to continue to show this support for children and families as the session progresses and as important decisions are made around the state’s budget.

At Nebraska Appleseed we remain committed to reform of the child welfare system, and these investigations make clear that there is much work left to be done. In the 2018 session of the Nebraska Legislature, we will continue to:

Sign up for our weekly Legislative Update to stay informed on what is happening at the Nebraska Legislature and how you can make your voice heard to ensure the safety of Nebraska’s children in foster care.