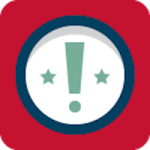 Every time there is a shortfall in our state budget, investments in hard-working Nebraskans are often the first to be cut.

Nebraska is facing a budget shortfall of more than $1 billion. Despite this challenge, Governor Ricketts and members of the Legislature are proposing a big income tax cut that won’t do anything for our state’s middle-class and low-income families, but will permanently harm our ability to invest in important areas that grow our economy and improve the quality of life for everyone.

Let’s call LB 461 what it is – a tax cut for the wealthiest Nebraskans that will do little for the vast majority of our state’s hard-working people. Instead, LB 461 puts handcuffs on future Legislatures to do their job in dealing with the ups and downs of the national economy or restore important investments that make Nebraska a great place to live.

LB 461 will make it hard for our budget to ever get balanced again without bone-deep cuts to our outstanding public schools, hard-working law enforcement departments, sturdy roads and highways, and other services that are essential to all Nebraskans and a strong state economy.

In other states, similar tax bills have busted the budget and slashed important services.

Tell your State Senator we can’t make the same mistake. Contact your State Senator and tell them to “Oppose” LB 461. Nebraska needs the ability to invest in good schools, safe communities, and important services that allow all Nebraskans the opportunity to work for “The Good Life.”

← The Benefits of School Breakfast for Learning and Health
Omaha woman: “The only reason I’m healthy today” is because of the ACA →