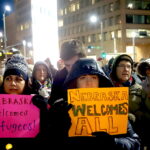 We have seen national outcry since the Trump Administration announced earlier this month that it would cut refugee admissions next year from an already-low 45,000 to 30,000. It is the lowest ceiling on refugee admissions in the nearly 40 years since the U.S. Refugee Admissions Program began. Previous administrations viewed the ceiling as a goal and often approached the ceiling… Read more → 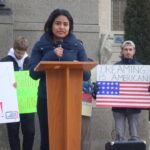 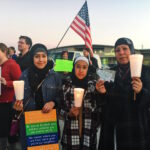 For generations, immigrants and refugee Nebraskans have made valuable contributions to our state – and are an important part of strong communities, local businesses, and Nebraska families. But recent harmful and divisive policies in Washington, D.C. have created fear and uncertainty in many local communities. We have a chance now to show Nebraskans stand with immigrant and refugee neighbors. Early… Read more →

This is the final week for committee hearings, and it includes hearings on two important Legislative Resolutions that impact immigrant Nebraskans. See below on how to take action today!   Nebraskans support our immigrant and refugee neighbors Today, we’re asking you to take action in support of two Legislative Resolutions that will have hearings this week in front of the… Read more → 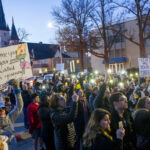 Late Friday, President Trump added to last week’s anti-immigrant and refugee executive orders with an order that indefinitely bans refugees from Syria, and severely restricts immigration from several other Muslim-majority countries. These executive orders do not reflect America’s strongly held values that insist that we create safe homes for those escaping violence and persecution. And judging potential immigrants based on… Read more → 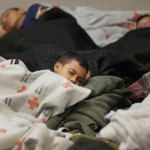 People who come to the United States seeking safety from violence should not be treated as criminals. But, many people seeking asylum – including women with their young children – are being held in for-profit, jail-like facilities surrounded by walls that separate them from both safety and human dignity. On September 1, Nebraska faith and community leaders gathered in Omaha… Read more → 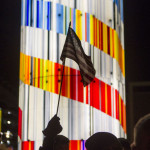 A week of overwhelming support for Syrian refugees in Nebraska

In recent weeks, a national conversation was sparked around refugees from Syria. Nebraska has long been a safe and welcoming home for those escaping violence throughout the world, and on November 17, Nebraska Appleseed issued a statement urging our elected leaders to welcome refugees in keeping with our state’s values of compassion and humanity. In the week before the Thanksgiving… Read more →

As people across the United States are volunteering to welcome Syrian refugees in their communities, a number of Governors recently announced that they want to stop their states from resettling Syrian refugees. Some Members of Congress have even introduced legislation that would stop refugee resettlement altogether. It is critical that public officials hear from their constituents NOW as decisions are… Read more → 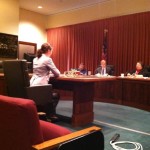 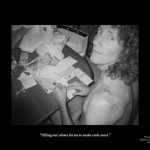 Over the last decade, escalating violence in much of Central America has reached unimaginable levels.  As the drug trade has grown, local gangs have taken more-brutal steps to assert control of cities and neighborhoods, ruling the streets in many areas with murder, rape, and intimidation. As a result, Honduras, Guatemala, and El Salvador now have among the highest murder rates… Read more →

Note: This post by Appleseed Child Welfare Director Sarah Helvey and Immigrants & Communities staff attorney Omaid Zabih addresses the recent humanitarian crisis in Central America that has resulted in children seeking asylum in the U.S. Tens of thousands of children from Central America have been forced to flee from their home countries to the border due to unimaginable violence.… Read more → 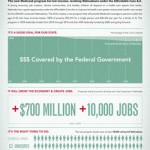 Note: This is a guest post from Appleseed Immigrants & Communities intern Kseniya Ruzanova.   The moment Abeny Kucha Tiir realized she was a refugee came on a plane bound to the United States. “I looked down and saw all those lights as we were taking off, and it hit me- I’m a refugee now.” She remembers her heart racing fast and… Read more →

NOTE: Dhan Tamang, a Bhutanese refugee, is set to perform at Omaha’s World Refugee Day celebration at Benson High School on Saturday, June 21. He talked with Appleseed intern Conner Kozisek for this post. At the age of 30, Dhan Tamang came to the United States from Bhutan as a refugee. Prior to this, Dhan had spent 20 years in… Read more →

“We are not so different.” The boy writing on the dry-erase board had asked about You’re Welcome, a new collaborative effort in Omaha to promote a welcoming, inclusive community. The idea is that immigrants resettling in a community have a far better chance of integrating if the others in that community are receptive to including their new neighbors. One current project is collecting… Read more →