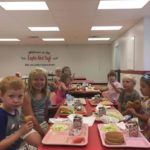 School and District leadership plays a vital role in whether students get the food they need during the school day. It’s their observations, attention to data, and decisions that dictate many students’ meal-time experiences in school.  Superintendent James McGown of Brady Public Schools, about 30 minutes east of North Platte, is one leader whose decisions helped reduce hunger in his… Read more → 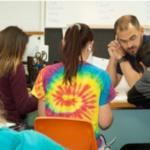 The national benchmark, for school breakfast participation is 7 low-income students eating breakfast for every 10 eating lunch. Nationally, we serve a little over 5 in 10 kids. In Nebraska, we serve 4 in 10, placing us 48th in the nation. However, around 17 districts in our state are hitting or exceeding the national benchmark including Bayard Public Schools.  About… Read more → 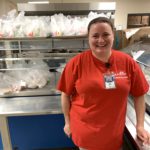 Note: This a guest post from Claire Breen, Economic Justice Intern For faculty and staff at Campbell Elementary School in Lincoln, NE, focusing on the well-being of their students has always been a priority. So, when it became clear that many of their students didn’t always have a chance to eat breakfast before school, they took immediate steps to implement… Read more → 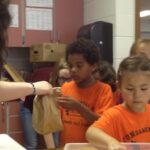 RELEASE: Nebraska continues to rank near bottom of U.S. in Summer Meals 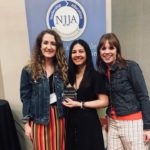 Note: This is a guest post from Nedhal Al-kazahy, Nebraska Appleseed’s Child Welfare Youth Fellow. Click here to read Nedhal’s first blog post from May 2018. Since beginning my internship at Nebraska Appleseed in April 2018, I’ve had many amazing opportunities come my way. I’ve used my experience as an advocate. I created a Tips sheet on how to have successful… Read more → 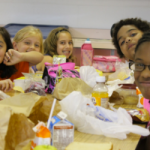 Breakfast after the Bell 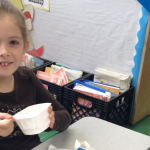 Partners for Breakfast In the Classroom helps schools feed students

Nebraska schools just got a powerful new resource to better offer a healthy school breakfast to the kids who need it most. The Partners for Breakfast in the Classroom (PBIC) program recently launched in Nebraska. This consortium of national and local partners, including Nebraska Appleseed, can offer technical assistance as well as financial support to let schools make sure their… Read more → 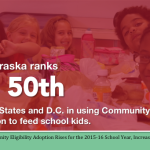 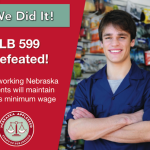 We did it! Friday afternoon, the Legislature voted not to pass LB 599, a bill that would have cut the minimum wage for hard-working Nebraska high school workers. The bill needed 33 votes on Final Reading to become law, but received only 29 votes. Nebraskans believe all workers should be treated fairly regardless of their age, and this outcome will… Read more → 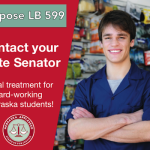 Last fall, Nebraskans overwhelmingly voted to raise our state’s minimum wage to $9 per hour, but a new bill in the Legislature would strip that fair wage from hard-working young Nebraskans. LB 599 would allow employers to pay high school student workers less than other employees, which is in direct contrast to what Nebraskans voted for last November. The bill… Read more →

Today is an important day to take action by asking our U.S. Senators to make children’s health care a priority by extending funding for the Children’s Health Insurance Program (CHIP). The Senate is back from recess today and their first action must be to extend funding for CHIP, a program that provides health coverage for over 55,000 Nebraska children. The… Read more →

Today, ask our U.S. Representatives to make children’s health care a priority by supporting the bipartisan legislation in the House of Representatives to extend funding for the Children’s Health Insurance Program (CHIP). On Thursday, Congress will vote to extend funding for CHIP, a program that provides health coverage for over 55,000 Nebraska children. We’re asking you to act TODAY. Contact… Read more →

This is your weekly Nebraska Legislature update. Committee Hearings last week Appleseed testified on several bills during Legislature committee hearings last week. LB 12 – A bill to streamline the Medicaid process for eligible Nebraskans who enter and leave the criminal justice system. This bill will improve health care access while saving costs in the corrections system. Appleseed testified in… Read more →

An early investment pays off big for Medicaid

A new study shows making sure all kids have access to health coverage is a better investment for states than most opponents would have you believe. Using tax filings from low-income families with children who were eligible for the Children’s Health Insurance Program (CHIP), a Yale economist examined the taxes paid by these children once they became adults. The data… Read more →

In September, Congress passed the Preventing Sex Trafficking and Strengthening Families Act (H.R. 4980), one of the most significant pieces of domestic legislation passed by this Congress and a great child welfare victory. Nebraska’s U.S. Senators and Representatives all voted in support of this legislation (Rep. Adrian Smith was also a co-sponsor of H.R. 4980). This bipartisan success shows commitment… Read more →

Nebraskans in poverty, and the solutions that can help

Last week, TalkPoverty.org released their state-by-state analysis of 2013 poverty data compiled last month by the U.S. Census. Using a variety of measures, the interactive analysis provides an in-depth look at how poverty impacts various communities across the United States, including each congressional district in Nebraska. Click here to find Nebraska’s poverty data. One of the most alarming statistics was… Read more → 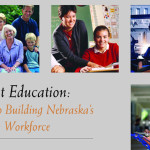 Camp Catch-Up, a program of the Nebraska Children and Families Foundation (NCFF), has offered siblings separated by foster care, adoption, and guardianships a chance to come together at a summer camp for the last 11 years, at no cost to them. Children and youth ages 8-19 are dropped off or can take a bus to a fun bonding weekend with their… Read more →

Film shows how Nebraska schools Stand Up To Poverty

Nebraska Loves Public Schools is a special project from the Sherwood Foundation that has produced a number of short films on the state of our public schools. They have shot thousands of hours of footage and conducted more than 300 interviews with students, parents, teachers, and administrators. “I think if people knew the truth of what some of our kids… Read more →

It is well-known in the science and children’s health communities that kids who receive enough to eat have all sorts of better outcomes than kids who go hungry. The latest example comes from Calhan Elementary School in Colorado, where the school noticed a series of big improvements after instituting a new Breakfast After the Bell program that makes sure every… Read more →