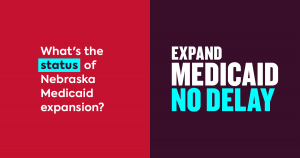 ← Nebraska continues to rank near bottom nationally in School Breakfast
After President’s damaging shutdown and continuing harmful wall distraction, Congress needs to get to work on long-overdue, meaningful immigration policies →

2 Replies to “Medicaid expansion: Acting with urgency for Nebraskans’ health”