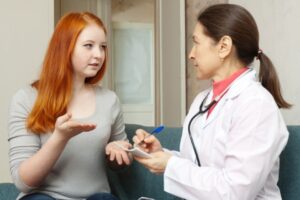 On October 6, the Trump Administration issued new rule changes that will impact coverage of birth control in employer-sponsored health insurance plans. We’ve blogged about the birth control rules in the past, and how they’ve been a game changer for women’s health in the U.S.

This is a big change to an essential health benefit

Under the ACA, plans have to cover a set of 10 “Essential Health Benefits,” or EHBs. The EHBs include things like hospitalization, emergency services, and prescription drugs. One benefit also included in the EHBs is “preventive wellness services and chronic disease management.” Preventive services must be offered without consumers having to pay money out of pocket for them.

Preventive wellness services have been defined by different government agencies to include specific types of services for men, women, and children. For women, preventive services include birth control, specifically 18 birth control methods identified by the Food and Drug Administration (FDA).

This has been an ongoing debate

The requirement that insurance plans cover birth control has not been without controversy. Employers, including Hobby Lobby, have claimed religious objections to offering plans to their employees that include birth control and filed lawsuits challenging the requirement and the requirement that the employer pay the costs of covering these services. At the end of the Obama administration, the accommodation process still was a somewhat unresolved legal question.

On October 6, the Trump administration significantly expanded this exemption through broadening the types of employers that can claim a religious or moral objection to providing birth control coverage. Employers can raise any moral or religious objection to providing the coverage. The new rules take effect immediately and would allow any employer, including for-profit, publicly traded companies, and even colleges and universities who offer coverage to students, to claim religious or moral objections.

It is unclear how many employers will decide to raise religious or moral objections to covering birth control. If employers decide to object and change their offerings immediately, they would need to notify their employees. If they decide to wait until the next plan year, employers could incorporate information about the changes in the benefits information employees receive annually.

The Bottom Line: A setback for women’s health coverage

The impact of this change could be devastating to many women, both financially and in terms of health. And the rules themselves don’t shy away from stating the impact of the changes:

“These final rules will result in some enrollees in plans from exempt entities not receiving coverage or payments for contraceptive services.”

According to the National Women’s Law Center, 62.4 million women currently have birth control coverage with no cost sharing. Before the ACA, around 20 percent of women between the ages of 15-44 paid out-of-pocket costs for birth control, while after the ACA, only 3.6 percent do.

Not only is this significant to women financially, but the lack of cost sharing has influenced the types of decisions women make in terms of birth control. After the ACA went into effect, more women used what were traditionally more-expensive, but more-effective methods, like IUDs, and were better able to consistently use a birth control method of their choice that worked best with their health.

Ultimately, this rule change will allow employers to intervene in important health care decisions that should be made by women, their partners, and their doctors. Birth control is basic health care and should be treated that way. According to the Kaiser Family Foundation, more than two-thirds of Americans support the ACA’s requirement that birth control be covered.

The new rules are a huge step backwards for women.