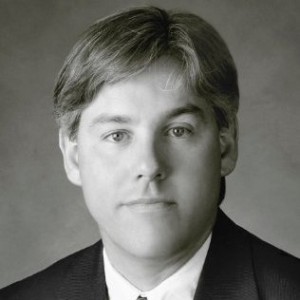 Milo Mumgaard was the founding executive director of Nebraska Appleseed, beginning the organization in 1996.

The roots of Nebraska Appleseed were first planted in an unlikely place – Milo Mumgaard’s basement.

In 1996, Milo was an attorney with Legal Aid of Nebraska, already with a decade of experience in public interest law in both Texas and Nebraska. Legal Aid centers across the country were invaluable resources to provide legal services to clients with low incomes, but Milo saw a concerning trend developing.

Legal Aid received no state funding, getting by just on federal funds. And starting in the 1990’s, Congress began to squeeze not only Legal Aid’s financial resources, but also put limits on what kinds of cases Legal Aid could take to court. These actions narrowed the opportunities Legal Aid had to fight for justice at a systemic level, including prohibitions on lobbying and class action litigation.

Fortunately, Milo learned of a new organization emerging that could fill this void. A group of attorneys in Washington, D.C. had a vision for a national network of legal centers that could address root causes of poverty and inequality through legal action. Not just representing individual clients, but taking on pieces of the system that put barriers in the paths of people working to get ahead. The national Appleseed Network was born, and to Milo, it sounded like exactly what Nebraska needed.

“We started Appleseed literally in my basement, and I was it,” he said. “I was a part-time employee for the first six months to a year. We had no money at all in the beginning.”

With Milo’s leadership, Nebraska Appleseed began our fight for justice and opportunity with a small band of interns passionate about public interest law. Eventually, Appleseed’s first staff attorneys, Sue Ellen Wall and Gretchen Obrist, joined and helped take on cases. Milo also credits early board members like Bill Hoppner and Vard Johnson, who gave Appleseed instant credibility and early guidance. With their help, Appleseed was able to connect with many experienced attorneys as early donors and early mentors.

“We went years and years from paycheck to paycheck, and grant to grant,” Milo said. “You have to have a very high faith that this work can be successful and you can scale it up.”

One of Appleseed’s first big victories came in 2003, when Appleseed, in partnership with the National Health Law Program and Woods & Aitken LLP, filed suit on behalf of over 10,000 low-income mothers who lost access to Medicaid coverage after a legislative change to the program (Kai v. Ross). The victory resulted in more than $18 million in Medicaid benefits being restored to this class of individuals.

Working the case was one of Milo’s newest hires, a young attorney fresh out of law school who shared a passion for Appleseed’s mission, Becky Gould, who would succeed Milo as our Executive Director. Their victory showed how big of an impact Nebraska Appleseed could have for hard-working Nebraskans who face barriers to opportunity. 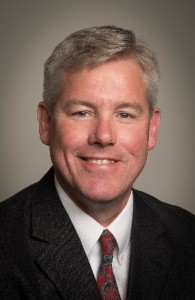 Milo was named the executive director of Legal Aid of Nebraska in 2015.

But recently, he returned to his roots. In 2015, Milo was named the new Executive Director of Legal Aid of Nebraska, where he is working to implement the new “Fresh Look Project” to examine the causes and effects of sustained poverty through Legal Aid’s statewide network.

“The more Legal Aid does, the better it will be for Appleseed and other advocates who are pursuing broader social policy objectives,” Milo said, “because it creates a better foundation for all this work.”

Milo said one of the things he is most proud of, is how Appleseed helped grow an environment of non-profit advocacy in Nebraska. Many partner organizations with whom Appleseed frequently works to advance justice and opportunity have been developed and led by former Appleseed staff, interns, attorneys, or clerks.

The roots of Nebraska Appleseed first sprouted in his basement, but now, Milo said, the branches of that vision touch every part of our state.

“If you were to create a tree, of who, what, when, where, and how many advocacy groups floated out of Appleseed. That’s a heck of a tree,” he said. “But, 20 years ago, there was no tree.