Take quick, urgent action today to call your State Senator before the Legislature takes a final vote to change the rules around pork production in Nebraska – a change that, in other states, has quickly led to dangerous drinking water contamination. 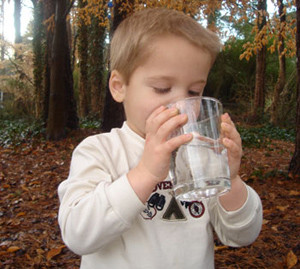 Urge your State Senator vote “NO on LB 176” to protect Nebraska drinking water.

Call your State Senator now and urge him/her to vote NO on LB 176.

LB 176 would lead to an increase in hog production operations near the watersheds that provide the drinking water for hundreds of thousands of Nebraskans – including Lincoln residents. In other states, this has led to higher manure loads that exceed what the surrounding cropland can support, forcing hog waste into our drinking water.

For residents of Des Moines, Iowa, for example, even after full water filtration:

“Scientists at the Des Moines Water Works have begun issuing alerts during spring and fall, peak manure application periods, to warn parents on days when it is unsafe to let children drink from the tap, reminding them of the risk of “blue baby” syndrome. (Nitrate impairs the oxygen capacity of the bloodstream; in babies and toddlers the syndrome can effectively cut off their air supply, rendering them a deathly blue.)” (The Chain: Farm, Factory, and the Fate of Our Food by Ted Genoways)

Call your state senator now and urge them to vote NO on LB 176.

Other states, too, are seeing similar effects. A 2015 water study done by the Minnesota Pollution Control Agency found alarming water contamination in the southern part of the state where hog production has increased dramatically. The study found that of 90 streams, only 3 were safe for fishing and one for swimming.

Clean, safe water is one of our most valuable resources. Urge your State Senator to vote “NO” on LB 176 to prevent contamination of your drinking water and stop a bill that would take away family farmers’ control over their own operations.