Last Wednesday, ProPublica and NPR launched a detailed and extensive series on the troubling trend of states reducing workers’ compensation benefits over the past 10 years. These reductions – drastic in some states – have left workers who were injured on the job without support for medical treatment and recovery to get back to work. 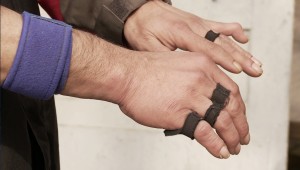 Despite the lowest rates in decades for workers’ compensation insurance, states still are cutting rates paid to injured workers, forcing costs onto taxpayers and putting injured workers deeper into poverty.

In fact, the report states “the cutbacks have been so drastic in some places that they virtually guarantee injured workers will plummet into poverty.” States that have cut benefits trap workers in a frustrating and protracted struggle with insurance companies over basic medical needs prescribed by their doctors.

At the same time as workers’ compensation insurance rates for employers dropped to their lowest levels since the 1970s and insurers enjoyed “their most profitable year in over a decade” in 2013, the costs of lost wages and medical treatment not covered by workers compensation have been forced onto taxpayers.

ProPublica and NPR note that taxpayers have paid “tens of billions of dollars a year through Social Security Disability Insurance, Medicare and Medicaid” for these costs that employers and insurance companies have avoided because of the last decade of cuts. U.S. Senator Bob Casey of Pennsylvania said that labeling these drastic, costly, and harsh cuts as reforms is “a real insult to workers.”

By coincidence, OSHA released a report last week that complemented the ProPublica and NPR series. In its paper, OSHA connected workplace injuries to income inequality, in that injuries push workers and families into poverty, and also restrain low-wage workers from rising up to the middle class, all because they are not provided with the benefits they deserve.

Moreover, OSHA found that changes in states’ workers’ compensation systems have resulted in severe cost shifting from employers to our communities. According to OSHA, employers only pay for 20 percent of the cost of on-the-job injuries to their employees, while workers, families, and taxpayers are primarily responsible for rest.

Nebraska has not made some of the far-reaching and destructive changes as in other states, although as the study makes clear, coverage across the country is insufficient. Furthermore, every year the Legislature’s Business and Labor Committee considers proposals to erode coverage for injured Nebraska workers.

Nebraska employers pay insurance premiums below the national average (an average of $1.78 in insurance premiums per $100 of wages) and cheaper than the rate in 1988. These rates should be considered by our Legislature when employers lobby to restrict benefits to injured workers because of the now-debunked claim that workers’ compensation costs are becoming too burdensome.

Some of this year’s bills to restrict benefits include LB 158, which would eliminate workers’ compensation for injured employees who did not disclose a previous injury during the application process, even injuries that are entirely unrelated to the position; and LB 429, which would transfer medical treatment recommendations from an injured worker’s trusted doctor to a set of guidelines.

Call the the chair of the Nebraska Legislature’s Business and Labor Committee (Senator Burke Harr, (402) 471-2722) to express your concern about the trends shown by the new studies and ask the committee to protect full workers’ compensation and reject bills that would reduce coverage. Check here to see if your senator is on the committee.

Part One of the series can be read here; part two, which covers the disparity in state benefits over the same injuries, can be found here. Click here to hear an audio version of the story on NPR.