“[T]he attachment between parent and child forms the basis of who we are as humans . . .”1 Not only is the parent-child relationship socially sacred, it is legally significant.”

In 2010, Nebraska had the highest rate of children in out-of-home placements in the country, removing children from their homes twice as much as the national average. Since, our child welfare system has shifted, making use of non-court involved cases at about the same rate as court-involved cases, reducing the rate of children being placed out of their homes. While allowing families to receive supportive services in the least restrictive environment is important, increased use of non-court cases has concerned advocates, with its lack of court oversight and formal rules and procedures controlling its practices. 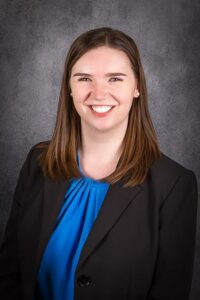 “Hidden in Plain Sight: Kerri S. and Nebraska’s Non-court Child Welfare System,” is an article featured in a recent edition of The Nebraska Law Review, written by former Nebraska Appleseed law clerk Claudia Brock*. The article illustrates the lack of legal protections for parents involved in Nebraska’s non-court system, its inherent power imbalances, and lack of oversight, compared to the potential consequences from involvement. It importantly advocates for more due process protections, as well as increased attorney representation, and economic supports for families. Read Claudia’s article here.

While important steps have been taken to protect families with non-court cases, including the passage of L.B. 1061 (2020), Nebraska Appleseed supports continued improvements and increased legal protections for these families to ensure they are strengthened rather than harmed through their involvement.

*Claudia Brock (she/her/hers) graduated from the University of Nebraska College of Law in 2021, and clerked for Nebraska Appleseed throughout her time in law school. Claudia contributed important and insightful research for Appleseed’s child welfare and economic justice programs, as well as Appleseed’s general legal and policy work. Claudia is now a judicial clerk for the Nebraska Court of Appeals.