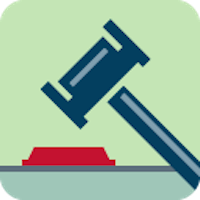 No Nebraskan should ever have to suffer cruel and unusual punishment; we’re a state that cares about its people. Yet across Nebraska, incarcerated people are subjected to severe human rights violations in our prison system. That’s why we’re working with the ACLU of Nebraska on a federal lawsuit against the Nebraska Department of Correctional Services over unlawful conditions of confinement which violate the basic human rights of incarcerated people.

In Nebraska, there is a disturbingly high number of incarcerated people who lack access to the medical and mental health care that they need, including those with disabilities. It’s devastating that so many human beings in our prison system cannot access adequate medical care; Furthermore, many individuals have been, and are, inappropriately placed in solitary confinement for an extended period of time, many of whom are struggling with mental illnesses.

The failure to provide access to medical and mental health care is due in large part to the fact that our system is one of the most overcrowded state prison systems in the country. The prison population is so high, and resources so strained, that staff and resources can’t keep up with the ever-growing needs of people within the system. We filed this lawsuit to address emergent, systemic issues within our prison system, but we know that it won’t solve all of our problems. Nebraska’s criminal justice system is broken, and correcting these human rights violations is only the first step towards the long-term objective of fixing a system that continuously fails its citizens.

This is an urgent crisis. No one in Nebraska should have to endure cruel and unusual punishment, because the Nebraska values you and I share say that we treat people like human beings.

← $50K in 5 Days: We start today!
Helping our communities be prepared in the face of harsh raids →