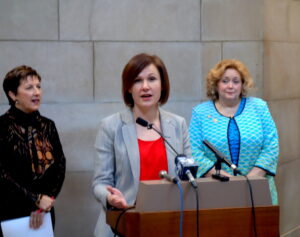 Earlier this month we shared a blog about the state of child welfare in Nebraska when reports were released calling for reform after the investigations of the death, serious injury and sexual assault of children in foster care.

Nebraska State Senators have continued to take a stand and call for reforms through the introduction of a number of important bills this Legislative session in response to the Office of Inspector General of Nebraska Child Welfare’s reports.

Sign up to receive our weekly Legislative Update to follow these, and other important child welfare bills, as they progress through the Legislature and see when it’s important to show your support.

← The state of Child Welfare in Nebraska
Take Action – For DREAMers and our communities, time is running out →