This year, We’ve had the opportunity to work on some of the toughest issues facing Nebraskans and their families. We couldn’t have done this without you – our friends and allies. We are proud to celebrate another year with a grassroots network of big-hearted and forward-thinking Nebraskans to create a brighter, more just future for our communities.

You’ve made some amazing accomplishments possible in 2021:

After a long battle, full Medicaid expansion benefits are now available to Nebraskans!

As of December 1, over 57,000 Nebraskans have enrolled in Medicaid expansion, with an additional 32,000+ estimated to be eligible. Apply for Medicaid coverage anytime at ACCESSNebraska.ne.gov or call (855) 632-7633. Find free, local enrollment assistance here!

When every Nebraskan has the nutritious food they need, our communities and our state are stronger.

Alongside food banks, pantries, and schools, our Food and Nutrition Access team has worked tirelessly to provide food and essentials to our communities. This year has offered some big food security wins for Nebraska families and children. 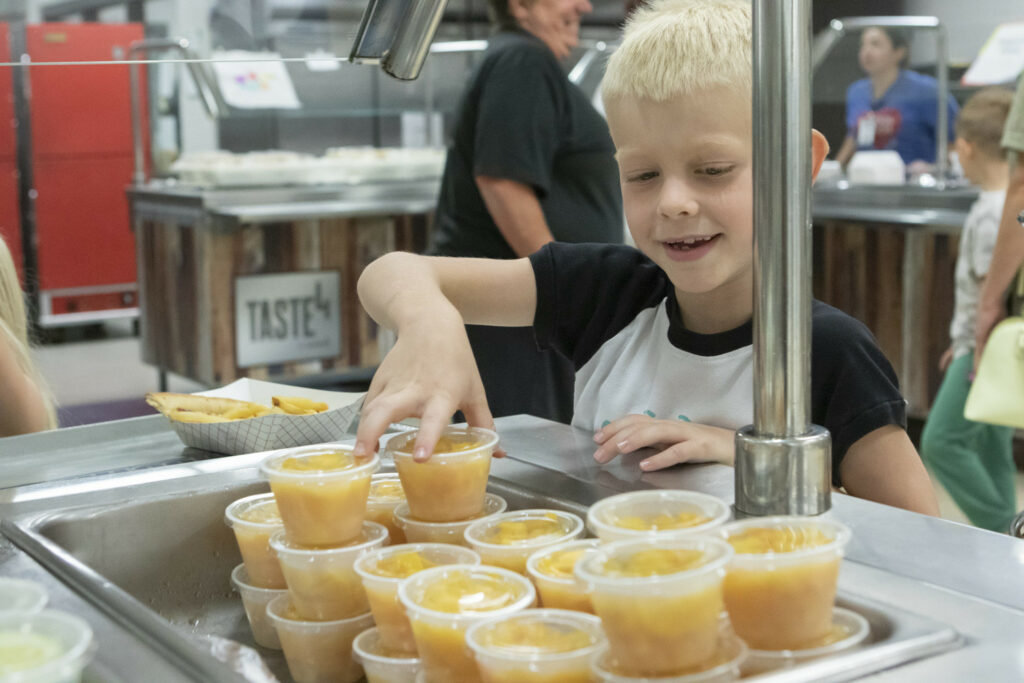 With strong community support, the Nebraska Legislature passed LB 108, the Supplemental Nutrition Assistance Program (SNAP) “cliff effect” bill, which helps Nebraskans on SNAP be able to take a pay raise without fear of losing all of their food benefits. This law is a huge step forward toward addressing food insecurity in Nebraska. None of it would have been possible without the support of community members like you.

Additionally, after 7 years of advocacy from Nebraska Appleseed and partners, the Omaha Public Schools School Board voted unanimously to adopt the Community Eligibility Provision district-wide Dec. 13th. That means all 51,000 OPS students will receive breakfast and lunch at no cost for the next 4 years!

We appreciate the efforts of Superintendent Logan and the OPS school board! Because of them, all OPS students will now be able to have consistent meals at schools, in turn helping them succeed in the classroom.

Nebraska is ready to raise the minimum wage. Will you join us?

This summer, Nebraska Appleseed and a broad coalition of community partners announced the launch of Raise the Wage Nebraska: a ballot initiative campaign to gradually raise our state’s minimum wage to $15 per hour by 2026.

As a state, we take pride in shared prosperity and caring for our neighbors. We have a responsibility to ensure that every Nebraskan is paid a fair wage.

But Nebraska’s minimum wage of $9 per hour (about $18,000 per year)—last raised via ballot initiative in 2014—is failing too many of our friends and neighbors who struggle to make ends meet.

Gradually increasing the minimum wage is a step toward increasing opportunity for Nebraska families and achieving racial and gender pay equity across the state. When each of us has the opportunity to thrive, communities across our state thrive.

Join Raise the Wage Nebraska and let’s show, signature by signature, that Nebraskans are worth more than the minimum.

25 years of building a vibrant, inclusive Nebraska, and beyond.

Founded in 1996, we are a nonprofit, legal advocacy organization dedicated to fighting for justice and opportunity for all. Appleseed has grown tremendously from a small group of part-time employees to a staff of 41 attorneys, policy experts, organizers, and advocates who use a systemic approach to face Nebraska’s biggest issues – such as child welfare, immigration policy, affordable healthcare, housing, and poverty.

Together, the actions we’ve taken in the last 25 years have helped create a more just society, building a Nebraska where everyone can have the justice and opportunity they need to not just survive, but thrive. We’re excited to celebrate our shared history with you, and we’re even more excited to see what we will be able to accomplish in the next 25 years.

Nebraska Appleseed’s office is closed for the holidays.

To give our team a much-needed and restful break, Nebraska Appleseed will be closed beginning December 24th until January 2nd. The Community Assistance Line will reopen on Monday, January 3rd. If you need help urgently, please call 211 for referrals to other community organizations that may be able to assist you.

On behalf of all of us at Nebraska Appleseed, we wish you a Happy Holidays!

Help Appleseed carry the fight for justice and opportunity for all into 2022:

← Tea Time: Statewide Book Club + See you next year!
Give Your Feedback on Medicaid Managed Care in Nebraska →