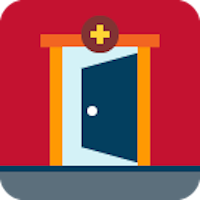 In the past few weeks, the Trump Administration has announced several significant changes to the American health care system. I recently blogged about the rule changes regarding birth control coverage in employer-sponsored health plans.

Here’s another. On October 12, the President announced that the administration would no longer make payments for cost sharing reductions (CSRs) that help people with low incomes afford health insurance. This has the potential to greatly destabilize the ACA Marketplaces and drive up future premium costs.

What are Cost Sharing Reductions?

Under the ACA, Marketplace consumers who have the lowest incomes can receive CSRs, which are financial help to offset out-of-pocket costs like co-payments and deductibles.

Consumers eligible for CSRs have incomes between 100 and 250 percent of the Federal Poverty Level ($12,060 to $30,150 a year for an individual) and buy “silver-level insurance plans.” CSRs are different than premium tax credits, which bring down a person’s monthly premium price and are available to consumers between 100-400 percent FPL ($12,060 to $48,240 for an individual).

In 2016, 51 percent of Marketplace consumers in Nebraska — 44,476 people –received CSRs to help reduce their out-of-pocket costs. On average, a qualifying Nebraska consumer received more than $1,000 in CSR assistance.

What just happened to CSRs?

CSRs are paid by insurance companies to bring down out-of-pocket costs. Up until October 12, insurance companies were reimbursed for these payments by the federal government. Under the ACA, insurers are responsible for paying for CSRs regardless of whether they get reimbursed by the federal government. Last year, federal reimbursement to insurers for CSRs totalled around $7 billion.

For the past few years, there has been a complicated legal dispute as to whether the administration has the authority to make the CSR payments to insurers without a congressional appropriation. With the change in presidential administrations, the case has largely been on hold, with the Trump administration not permanently committing to pay CSRs but still making the payments on a monthly basis.

However, less than 3 weeks before the start open enrollment, the President announced that he would no longer make the payments to insurers. This is another in a recent series of executive actions designed to undermine the health care system.

What is the potential impact of the administration refusing to pay CSRs?

Looking at the immediate impact, insurance companies still are responsible for providing CSRs to consumers regardless of whether they are reimbursed by the federal government. As a result of this requirement and the lack of clarity as to the Trump Administration’s position on CSRs, many insurance companies that committed to selling plans on the Marketplace this year set premiums high to minimize their risk if the administration cut off the CSR payments.

This means that consumers in many states, including Nebraska, won’t see an additional premium hike this year as a result of President Trump’s announcement because rates were set in a way that anticipated such an announcement.

Looking forward, major insurers have noted that they will need raise future costs for consumers, likely around 20 percent, to make up for the loss of CSRs. CBO estimates that next year a million more people will be uninsured as a result of cutting off CSRs and that 5 percent of Americans will live in areas where there are no insurers offering coverage through the Marketplace.

What can Congress do?

Congress could, and should, pass legislation to fund CSRs into the future. In fact, a bipartisan group of senators led by Senators Lamar Alexander and Patty Murray, have reached an agreement on funding CSRs in exchange for increased state flexibility.

However, the future of this agreement is unclear at this point because the President has not committed to supporting it. What we do know is that funding CSRs has bipartisan support and that ending CSRs has the potential to dramatically impact the affordability of health insurance for everyone.