Last weekend, Nebraska Appleseed brought together Nebraskans from across the state for a Midwest Academy training focused on how to effectively organize to create positive change.

Participants connected with various local leaders and organizations from diverse professional and personal backgrounds. At the end of the training, participants put their acting hats on and put their new skills to the test during a final role play.

This event brought together Nebraskans from Omaha to Scottsbluff, Winnebago to Crete, and five other communities in between. Participants talked about work they’ve been doing in their local community such as voter engagement, early childhood and adult education, and economic development.

One the best parts of the day was seeing new relationships built through one-on-one meetings, a key tool discussed in the training. 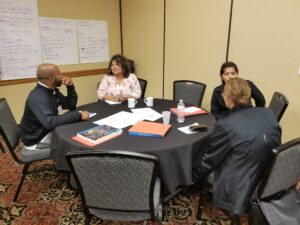 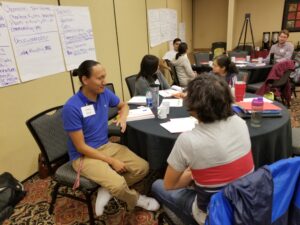 Additionally, the room was filled with people from diverse backgrounds including Native Americans, immigrants, and refugees. They shared their personal stories of perseverance that have helped motivate them and others to be active members of the community.

They’ve worked to improve the lives of people in their local communities, as well as all Nebraskans, by advocating at the Legislature. Tying together their previous experience in advocacy & organizing with the lessons learned at the training came through in the final roleplay.

Participants were split up into two teams: community and decision maker. The community team worked together to create a strategy around a community-driven solution to an issue. The decision maker team tried to not be influenced by the community. As they came together to discuss each other’s fictional self-interest, we witnessed creative organizing skills.

We would like to thank all 28 participants and our wonderful trainer for being brave, thoughtful and engaged throughout the training. We would also like to thank the Nebraska Civic Engagement Table for sponsoring the event and encouraging their members to attend! 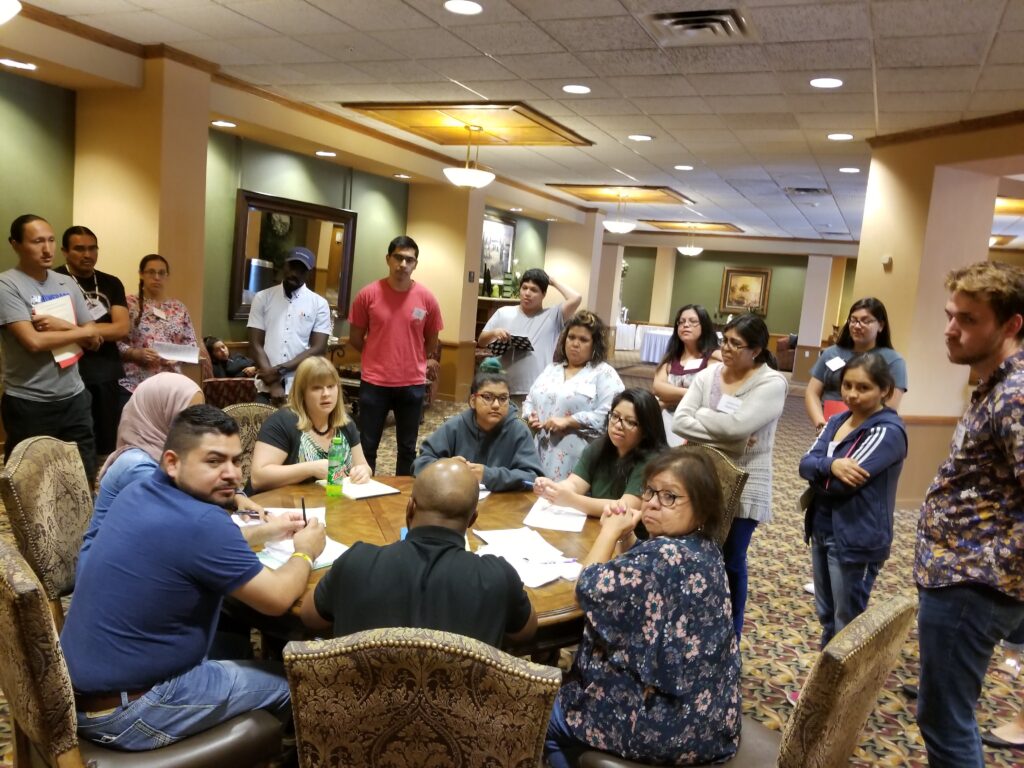