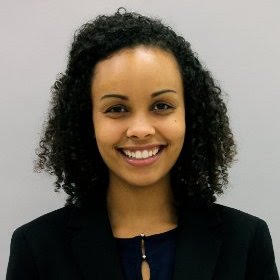 One of the newest members of the Nebraska Appleseed family brings our group a wealth of different life experiences from a truly unique background. We’re very pleased to introduce you to our Executive Assistant Cassandra Ndahiro.

Cassandra moved to the U.S. after growing up in both Africa and Europe. She calls Kigali, Rwanda, and Kerava, Finland, her hometowns and made her way to Nebraska Wesleyan University, where she earned degrees in Global Studies and Communication.

After learning about Nebraska Appleseed through her former classmate and current Appleseed Child Welfare Program Associate Becca Brune, Cassandra was inspired by our mission of fighting for justice and opportunity for all Nebraskans, while also being interested in nonprofit work in general. Specifically, she is curious about what makes a non-profit successful and how they operate.

Cassandra has been a quick study in helping us stay organized and on task despite juggling multiple projects while growing her experience through several leadership opportunities.

She also is exploring furthering her education with an advanced degree. Cassandra says that she would like to go to graduate school eventually, but not necessarily law school, “I would like to get a Master’s degree in International Law and Diplomacy/Conflict management. I want to move back home to Rwanda eventually as well.”

In her free time, Cassandra enjoys watching Game of Thrones but doesn’t have a favorite house or character. She says that she roots for the good guys, whoever they are. We agreed that it would be easier to find a smile from Stannis Baratheon.