Working together to protect Native children and families 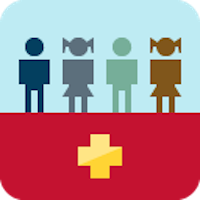 Foster care can provide challenges to many families involved, but Native children and their families experience additional challenges when trying to maintain ties to their tribes and culture.

In 1978, Congress enacted the Indian Child Welfare Act after recognizing the disproportionate number of Native children who were being removed from their homes and placed in foster care. The federal ICWA was passed to ensure that state child welfare systems worked to maintain the cultural ties of Native families through setting distinct standards and additional requirements in individual cases. However, the existing federal statute has frequently been ignored since it was enacted in 1978. Furthermore, our child welfare system is not serving Native children as well as it should. Nebraska has the second-highest disproportionate rate of Native children in foster care in the United States.

In 2008, Nebraska Appleseed joined with tribal leaders from the Ponca Tribe, Santee Sioux Nation, Omaha and Winnebago Tribes, the Indian Child Welfare Program Specialist for the Nebraska Department of Health and Human Services, Legal Aid of Nebraska’s Native American Program, and other advocates to create the Nebraska ICWA Coalition. The purpose of the Coalition is the identify ICWA issues within our county and juveniles courts with the goal of working together to resolve any concerns.

After three years of extensive negotiation and planning after identifying these concerns, LB 566, introduced by Senator Colby Coash, passed with unanimous legislative support and was signed by Governor Ricketts on May 27. The process was largely led by the efforts of the Nebraska ICWA Coalition and Senator Coash, but the extensive process included feedback and support from other partners including county attorneys, and other advocates such as the Nebraska Commission on Indian Affairs, Nebraska Families Collaborative, Voices for Children, and the Center on Children Families and the Law.

LB 566 is a strong step forward in protecting the culture and well-being of Native children involved in the child welfare system. The passage of this law is also an excellent example of strong and successful coalition work.

Misty Thomas, member of the Nebraska ICWA Coalition and Director of Social Services for the Santee Sioux Nation shared her thoughts on the bill’s success, and stated “[w]e are very excited for the passing of LB 566 and this bill will provide better outcomes for Native children in the State of Nebraska.” LB 566 does several important things:

Because of the dedication and passion of the Coalition and the strong leadership of Senator Coash, Nebraska has renewed its commitment to protect Native children and families. With this new law in place, the Nebraska ICWA Coalition will continue to work with the Department of Health and Human Services to ensure that the provisions of the law are fully implemented and enforced.