Medicaid is vital to the wellbeing of many Nebraskans with disabilities. “Medicaid Works” is intended to promote an accurate picture of the many ways this essential program supports thousands of Nebraskans every day.

With the help of volunteers and partners, we have curated a series of photos illustrating the importance of Medicaid for five families in Nebraska. These children and adults with disabilities rely on the Medicaid program to ensure their health, independence, financial stability, and overall quality of life. We invite you to view these photographs and stories to learn more about how Medicaid works for our friends, neighbors, and communities throughout Nebraska.

Cindy Holdforth has Ehlers-Danlos Syndrome, a disorder that severely affects her digestive system, lungs, and other body systems. Her 18-year-old twins, Ethan and Claire, were born prematurely and have inherited the condition. They have struggled with epilepsy, asthma, and chronic joint pain. Ethan has been diagnosed with autism, and Claire has partial hearing loss and mild cerebral palsy. The youngest Holdforth, 13 year-old Jenna, was adopted through foster care. Like the twins, Jenna was born prematurely and has significant medical needs. She uses a feeding tube for nutrition and for medications to treat her chronic kidney disease. Medicaid has covered the family’s significant healthcare costs, giving them the opportunity to focus on other meaningful pursuits. 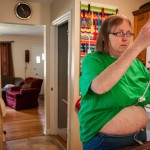 Because of Ehlers-Danlos, Cindy must use a feeding tube to ensure that she gets proper nutrition throughout the day. 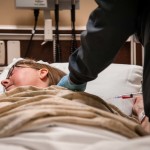 When one of her feeding tubes dislodged, Medicaid covered Cindy’s trip to the hospital to have the problem corrected, alleviating her discomfort and ensuring the family’s vacation could proceed as planned. 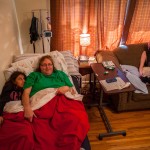 Cindy broke her pelvis earlier this year and currently sleeps in a hospital bed in the family’s living room–where she was found enjoying some quality time with her daughters. 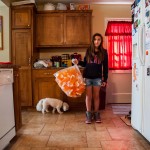 Jenna holds a bag of empty prescription bottles from the last six months. The Holdforths will donate the bottles to the Nebraska Humane Society, where the containers can be reused for veterinary medicines. 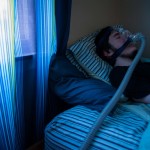 Medicaid covered the CPAP device that Ethan uses to manage his sleep apnea and ensure that he gets the restful sleep he requires as a young adult. 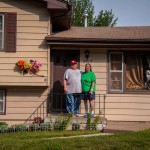 Cindy explains, “with the children’s constant health issues, every month we were having to decide whether to fill prescriptions, pay the rent, or buy food.” Thanks to Medicaid, the family’s economic situation has stabilized, and she and her husband are now proud homeowners.

Medicaid Works for Jody by Protecting and Supporting Her Independence

Jody Faltys is a fiercely independent woman who became disabled at the age of four after being crushed by a falling tractor tire while rescuing her older sister from the tire’s path. Medicaid has allowed her to maintain her independence throughout life. Jody attended the University of Nebraska-Lincoln where she earned a degree in English. She enjoys reading and uses an ipad to blog and edit books. Jody enjoys spending time with friends and family and going to concerts. 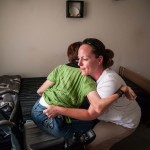 Jody’s disability qualifies her for personal assistant services under Medicaid. Her caretakers visit several times each day to help her get in and out of bed, prepare meals, and perform other essential tasks. 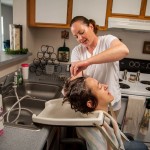 Without these services under Medicaid, Jody would be unable to live alone, and would likely be confined to a costly nursing home. 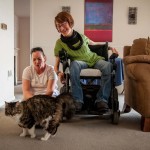 Two of Jody’s caretakers have been working with her for over 15 years now. Not surprisingly, they’ve become like family to her. 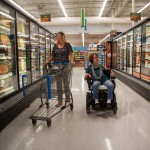 Medicaid is Jody’s lifeline to her community, offering the supports she needs to live independently. 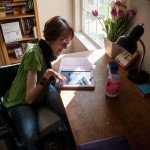 “Medicaid helps me live my life to the fullest and as close to able-bodied as possible.” -Jody

Sean Smith is a 25-year-old man from Omaha who was born with Down Syndrome. His behavioral issues presented challenges early on in life. As his father recalls, Sean was “kicked out” of several child care centers when the providers found it difficult to meet his needs. Once Sean was approved for a Medicaid waiver, he was able to access the services he needed to develop skills to control his behaviors, enjoy his youth, and begin preparing for adulthood. Today, Sean participates in supported employment and enjoys spending time with peers and receiving feedback and praise from his supervisors at work. 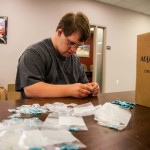 Under Medicaid, Sean receives day services from a developmental disabilities (DD) provider that contracts with companies who need help with various tasks. 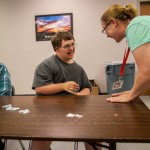 These services allow Sean and other adults with developmental disabilities gain job skills and earn wages while performing needed tasks. 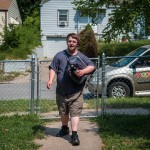 Sean’s DD provider contracts with local cab companies to ensure that he has access to transportation to and from his supported employment site. 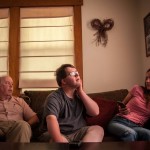 After work, Sean arrives at the home of his sister, who is a licensed caretaker. Their father, Mark, joins them for some quality family time together. 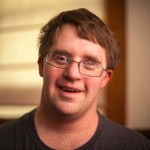 “Medicaid has allowed us to consistently ensure Sean’s health and developmental needs were met. It’s a program I will always be grateful for; it let us be a family despite the challenges of his disability.” – Sean’s father, Mark

When Logan Ohlman was born in July 2001, he contracted a septic infection caused by enterovirus. As a result, he suffered permanent neurological damage causing significant intellectual and developmental impairments. In March 2012, Logan was diagnosed with fulminate liver failure and underwent a transplant soon after. The procedure was covered by the family’s insurance and the Medicaid Aged and Disabled waiver. Despite the challenges they have faced together, Logan’s mother, stepfather, and three siblings cherish every moment spent with him. 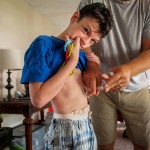 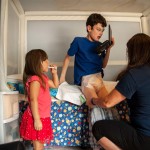 The Medicaid waiver allows Logan to live at home with his family while providing for many of the medical necessities he requires, such as diapers and an adaptive toileting chair. 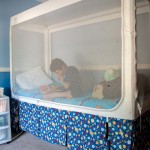 The waiver provides a Service Coordinator to help the family access the services and supplies Logan needs, like this special netted bed that prevents him from wandering off during the night. 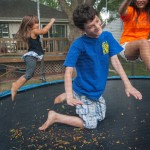 Logan loves to be part of the action! He recently began to engage in short conversations and pick up on social cues–something his mother was told would never happen. 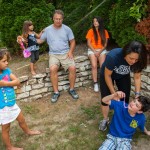 Logan keeps his family on their toes, but they are committed to ensuring he grows up in his own home as a part of his family and community. The Medicaid waiver makes this possible. 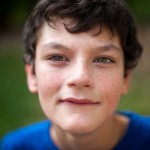 “Life with Logan has been an amazing, joyous, exhausting, uphill roller-coaster ride. It has been an experience I would never take back. Medicaid has allowed us to enjoy our life with him.” -Logan’s mother, Dani

JaToya McIntosh is a strong, independent single mother of two boys, ages 9 and 4. She is currently serves as an AmeriCorps member at the UNMC Munroe-Meyer Institute. JaToya has Spastic Paraplegia, a degenerative genetic condition affecting her lower limbs and progressively impairing her mobility. She was told she would not walk past the age of 18, but 33-year-old JaToya prides herself on the fact that she can still walk–even if only for short distances. Her youngest son, Jarez, is also affected by the condition. Fortunately, Medicaid covers physical therapy and other services and supplies the family needs to stay healthy and active. 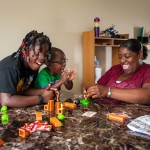 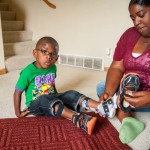 Thanks to Medicaid, Jarez has leg braces that help him run and play as well as any other child. 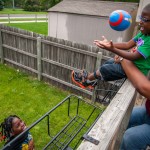 Although JaToya cannot walk for long distances, she still finds plenty of ways for the family to stay active and have fun. 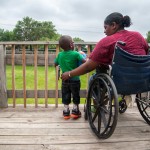 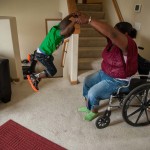 “Jarez can do anything as well as a typically-developing 4 year-old. He just needs additional supports. Medicaid helps provide these.” –JaToya McIntosh

Medicaid Works for Maida Avdic by Helping Her Pursue Her Education 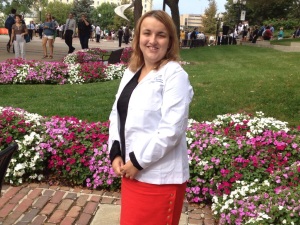 I am visually impaired due to congenital glaucoma and cataracts. Medicaid helps to cover the costs of my frequent eye doctor appointments and four very expensive eye drops to maintain my glaucoma while I go to school at Creighton pursuing my professional Doctorate degree in Occupational Therapy.

Maida shared her story using the form below – you can, too! Just tell us a little about yourself and how Medicaid works for you.

How Does Medicaid Work for You? Share Your Story!