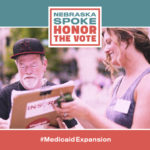 Get to know the Medicaid expansion waiver: dental and vision

The Nebraska Department of Health and Human Services (DHHS) is delaying voter approved Medicaid expansion and is pursuing a complicated Medicaid expansion plan, known as a Section 1115 waiver. Contrary to voter intent, DHHS is seeking to deny important vision and dental coverage to Nebraskans in the expansion group that  Do not prove that they have met DHHS’ legally suspect,… Read more → 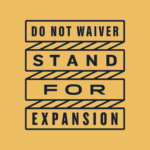 Get to know the Medicaid expansion waiver: work requirements

What is the Medicaid expansion waiver? Why are work requirements problematic?   Last November, Nebraskans passed Initiative 427, expanding Medicaid to adults who make up to 138% of the Federal Poverty Level (about $17,000 a year for an individual). Instead of honoring the vote and promptly starting the program, the Nebraska Department of Health and Human Services (DHHS) is intentionally… Read more → 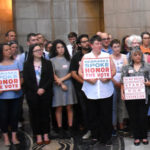 Thank you for standing up for Medicaid expansion! What’s next? 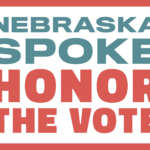 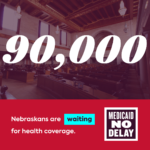 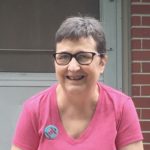 Nebraskans for Expansion: Health care is a basic necessity

Note: This is a guest post from Denise Dickeson, Lincoln resident and volunteer. My name is Denise Dickeson and I have been disabled for over 20 years with an invisible condition called Meniere’s disease. If I could, I would work, but my condition does not allow me to have a stable job. Instead, I spend my free time volunteering and… Read more → 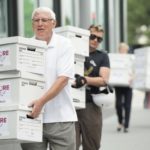 Medicaid turns 54! It’s time for Nebraska to implement Medicaid expansion   Today, Medicaid turns 54! Since it began, it’s saved many, many lives, lifting people out of poverty and giving them the chance to pursue their passions and dreams. For decades, Medicaid has provided stable coverage for millions of Americans, including thousands of Nebraskans. Many of Nebraska’s low-income parents,… Read more → 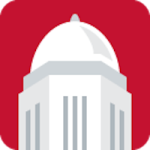 Last Friday, the 2019 Nebraska Legislature adjourned sine die until January. Small victories for children and families and low-income community members were made during this legislative session. However, there is still more work to be done and Appleseed continues engaging with state policymakers on a variety of issues impacting Nebraskans throughout the interim. Below are some of the highlights from… Read more → 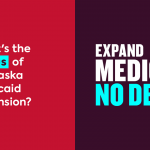 As you know, Nebraska voters approved Initiative 427 this past November to expand Medicaid to 90,000 Nebraskans. Finally, many of our hard-working, uninsured friends and neighbors will be able to get the health coverage that everyone needs. Moving forward with Medicaid expansion We know there are still many questions about next steps for expanding Medicaid and how our leaders will… Read more →

Response to Governor’s State of the State address

Full implementation of Medicaid expansion in Governor’s budget proposal will benefit Nebraska Nebraska Appleseed Executive Director Rebecca Gould issued the following statement in response to Governor Ricketts’ State of the State address delivered Tuesday morning. “We are pleased the Governor’s budget upholds the will and priorities of the people of Nebraska by fully implementing Initiative 427, which expanded health care… Read more → 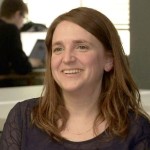 You did it! On Election Day, Nebraska voters approved Initiative 427, which will help many of our hard-working, uninsured friends and neighbors finally get the health coverage they need. We are so grateful for and humbled by your support. So many of you not only voted for Initiative 427, but went above and beyond to even give Nebraskans the chance… Read more → 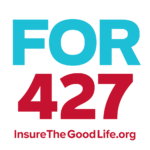 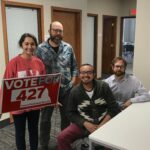 There are only six days left until Election Day, and we’re working hard to get Nebraskans to vote “FOR Initiative 427.” With your continued help, 90,000 of our hard-working neighbors and friends will have a path to a healthier future next week. Here are a few ways you can help leading up to November 6. VOTE – This is the… Read more →

Expanding Medicaid in Nebraska would be great news for Nebraska’s rural communities, according to a new report released today. The analysis by the Georgetown University Center for Children and Families and the North Carolina Rural Health Research Program found a higher percentage of people living in rural communities are uninsured, but would be eligible for health coverage if Nebraska voters… Read more → 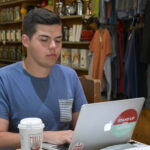 First of all, we want to say “thank you so much” for all of your hard work during the signature collection phase of the Insure the Good Life campaign to expand Medicaid in Nebraska! With help from volunteers like you, we were able to collect signatures from all 93 counties across Nebraska. Last week, the Secretary of State certified over 105,000 signatures – well over the… Read more → 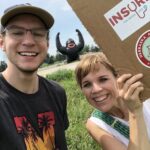 You gathered the signatures! What’s next?

As the last of the fireworks were going off on the Fourth of July, we began to finally get the full picture of the amazing thing you all helped accomplish. You signed your name. You gathered petition signatures from your friends, family, coworkers, and neighbors. Beginning in a chilly spring and continuing into the blistering summer, you helped give 90,000… Read more → 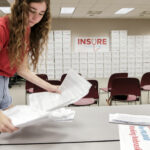 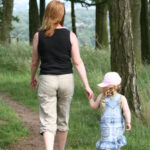 Nebraskans in the Coverage Gap – Without health coverage, Heather has to parent through pain

Any parent can tell you that having young children takes up most of your attention, and even on the best days, will require most of your energy. So every parent needs to be able to guard their health, not just for themselves, but to be at their best for their children as well. Unfortunately, like many Nebraska parents, Heather doesn’t… Read more → 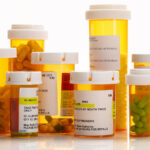 No one should be devastated financially for suffering an on-the-job injury, but after Jennifer got hurt working in a hotel, she found that getting healthy enough to get back to work was harder than she ever could have imagined. The injury forced the Bellevue woman to lose her job, which made affording health coverage nearly impossible, and her applications for… Read more → 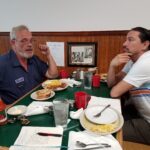 Darrell Allen Roth, an Omaha native, is a familiar face in his neighborhood. Darrell has been working in the salvage business for over 20 years, and after learning the trade with a local company, he set out on his own in 2005. Since becoming self-employed, Darrell realized how expensive health insurance have gotten for those who need to purchase coverage… Read more → 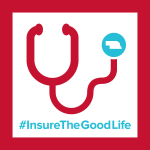 Nebraskans in the Coverage Gap: “Not having health insurance turns your life into a vicious cycle”

Marea Bishop vowed not to let her health problems define her. But that didn’t mean the single mother from Bellevue was immune from the harsh effects of being unable to afford health coverage. Marea told her story in an Omaha World-Herald piece, laying out how chronic health problems chipped away at her ability to work and eventually forced her to… Read more → 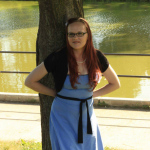 Nebraska Appleseed is proud to recognize phenomenal advocates who have made contributions to the fight for justice and opportunity for all Nebraskans at the 2017 Good Apple Awards: Root Down, Rise Up on October 19th in Omaha. The Milo Mumgaard Emerging Leader Award, named after Nebraska Appleseed’s founding executive director, recognizes young, emerging leaders who have a vision for the… Read more → 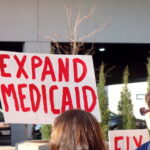 Last week, you helped do something incredible. Thanks to your phone calls, your emails, and your decision to show up at town halls and support affordable health coverage, Congress has left the Affordable Care Act in place. This means millions of Americans – and thousands of Nebraskans – will be able to keep their health insurance. But we’ve still got… Read more →

Last week saw committee hearings on bill to improve health coverage and create better opportunities for youth in foster care. It also was the deadline for State Senators to designate their priority bills – which ensures the bills will be given floor debate if advanced out of committee.   Health coverage for hard-working Nebraskans On March 8, Appleseed joined dozens… Read more → 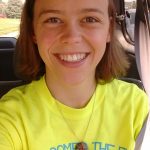 Note: Part of fighting for positive change in our communities means getting to work with outstanding, like-minded volunteer partners who share our goal of expanding justice and opportunity in Nebraska. Periodically, we will feature individuals and organizations with whom we have been fortunate to work to build a brighter future in our state. This is a guest post from Appleseed… Read more →

Today, we released a new policy brief on one of our Core Issues. Too many uninsured, low-income Nebraskans struggle with behavioral health challenges. This holds them back from reaching their full potential as family members, employees, and community leaders. The brief, “Medicaid Expansion and Behavioral Health in Nebraska,” explains how Nebraska could take giant strides toward meeting Nebraska’s behavioral health… Read more → 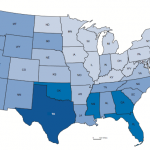 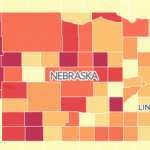 Note: This is a joint blog by Brian Hanson, Senior Policy Associate at the Center For Rural Affairs, and Appleseed Health Care Staff Attorney Molly McCleery.   There was much discussion last spring in Nebraska Legislature about whether we should find a way to help people in our state who fall into the health coverage gap to finally afford health… Read more → 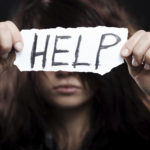 Note: This is a guest post from Health Care Intern Sarah Huddleston. It’s no secret that substance abuse is a prevalent health problem facing not just Nebraska but the U.S. as a whole. 20.2 million adults in the U.S. suffer from a substance abuse disorder, and many of them go untreated. A recent Los Angeles Times article states something… Read more →

Over the last several years, a majority of states – currently 32 and the District of Columbia – have embraced solutions to allow working people with low incomes to afford vital health insurance through Medicaid expansion. For years, Appleseed and many other partners have strongly advocated for Nebraska to do the same because Medicaid expansion is a proven solution to… Read more → 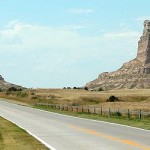 The Coverage Gap in Western Nebraska

SCOTTSBLUFF — It is a more-rugged kind of beauty in the western tip of the state, where the rolling hills and flat plains of eastern Nebraska give way to hints of the nearby Rocky Mountains. As you reach Nebraska’s westernmost counties, portions of earth sharply jump out of the ground as if trying to reach the sky. The geology and… Read more →

The real faces of Wellness In Nebraska

We’ve told you LB 887, the Wellness In Nebraska Act, will help at least 54,000 uninsured Nebraskans get access to necessary health care.  That’s a big number, but each one of those numbers is a person. So we’d like you to meet a few of the Nebraskans who would be helped by LB 887 and hear in their own words… Read more →

Nebraska will lose more than $700 million by Not Expanding Medicaid

A new report from the Commonwealth Fund details what states will lose if they don’t expand Medicaid coverage. The Affordable Care Act made Medicaid available to adults between the ages of 19 and 64 who have incomes of less than 138 percent of the Federal Poverty Level ($15,856 for an individual, and $32,499 for a family of four). A Supreme… Read more →

New Medicaid program bill debated in Legislature LB 577, the bill to implement the Affordable Care Act’s new Medicaid option, took center stage in the Legislature this week.  Senators engaged in day-long debate on April 16 and 17. LB 577 would provide affordable health care access to 54,000 Nebraskans while saving the state $2.4 million this biennium.  It is a… Read more →

If you’ve been a follower of Appleseed for very long at all, you will have gathered one of our biggest priorities is making sure every Nebraskan has the ability to see a doctor when they or their families become sick or injured. Yesterday, Appleseed was proud to testify in support of LB 577, Senator Kathy Campbell’s bill that would implement… Read more →

Nebraska Among States that Would Benefit Most from Medicaid Expansion

54% of Nebraska’s uninsured population with incomes below 138% of the federal poverty level could gain access to health insurance through an expanded Medicaid program. Read more →