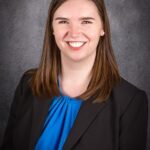 “[T]he attachment between parent and child forms the basis of who we are as humans . . .”1 Not only is the parent-child relationship socially sacred, it is legally significant.” In 2010, Nebraska had the highest rate of children in out-of-home placements in the country, removing children from their homes twice as much as the national average. Since, our child… Read more →