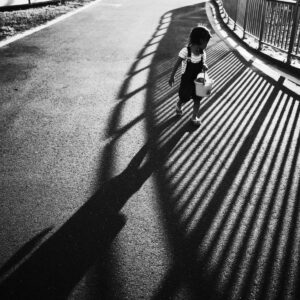 “This system inflicts incredible harm on Black families and their communities. Removing a child from his or her home is one of the most violent acts a government can undertake against its people. Yet the child welfare system has operated in this discriminatory and dehumanizing way with too little attention from society. In part, this inattention reflects the success of the system in hiding behind the smokescreen of those rare but highly publicized cases of tragic deaths of children who have come into contact with the system.

It also reflects the secretive nature of courts deciding child welfare cases — unlike criminal courts, the vast majority of family courts are closed to the public. And it reflects the success of imagery such as the Black welfare queen in denigrating Black motherhood and normalizing the control and punishment of Black parents and their families.”

Such an example of hiding behind the smokescreen and the secretive nature of the courts deciding child welfare cases can be found right here at home in Nebraska, which has open courts. However, on some occasions, individual judges have ordered a group to be removed from the courtroom alleging that the judge had been tipped off by a court staff member and attorney that they were recording, which the group denied.

This same judge later faced a judicial qualifications investigation for removing three attorneys from her courtroom. Instead of undergoing an investigation about her practices, the judge retired. We believe it is important that juvenile courts in Nebraska remain open, while protecting the privacy of children. There must be transparency and accountability in any democratic society. This helps as an important check on system biases and independent oversight.

After learning that all Nebraska court hearings, including juvenile cases, are public, go and observe a hearing and report back what you’ve observed or learned. Contact our Child Welfare Coordinator, Cornelius Levering at clevering@neappleseed.org to learn how you can get involved in challenging the racial inequities in our child welfare system.

Note: Please be aware of COVID-19 restrictions. Court hearings may not be operating as usual. Please refer to the Douglas County Courthouse website for up to date information.