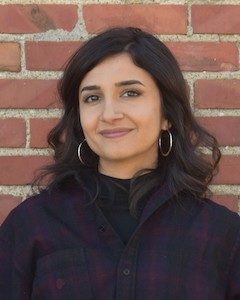 As the Welcoming Coordinator, Khenda works alongside community leaders from diverse sectors and backgrounds to create a welcoming and inclusive culture and promote racial equity across Nebraska. She earned a Bachelor’s degree in Global Studies from the University of Nebraska-Lincoln, and comes from a refugee background.

When she moved from Texas to Nebraska for college, she first felt out of place, often being the only immigrant student in many of her classes. Over time, she found more diverse spaces around Lincoln. And where none existed, she created inclusive spaces with her friends, where mutual respect flourished and all could feel welcomed. Through collective action with fellow students, artists, and activists, she learned firsthand that communities are stronger when everybody feels included.

“The most exciting part about being a part of the Welcoming team is learning from Nebraskans on what makes their communities special, and supporting them in making everyone, long-time residents and recent arrivals alike, feel at home in Nebraska,” said Khenda.

5 years after moving to Nebraska, she’s still not acclimated to the winters, but regardless of what season it is, she seizes every opportunity to bask in the sunshine and commune with nature. Khenda also has a deep appreciation for listening to and dissecting lyrical rap.

We’re excited to have Khenda on our team! Welcome! You can reach her at kmustafa@neappleseed.org