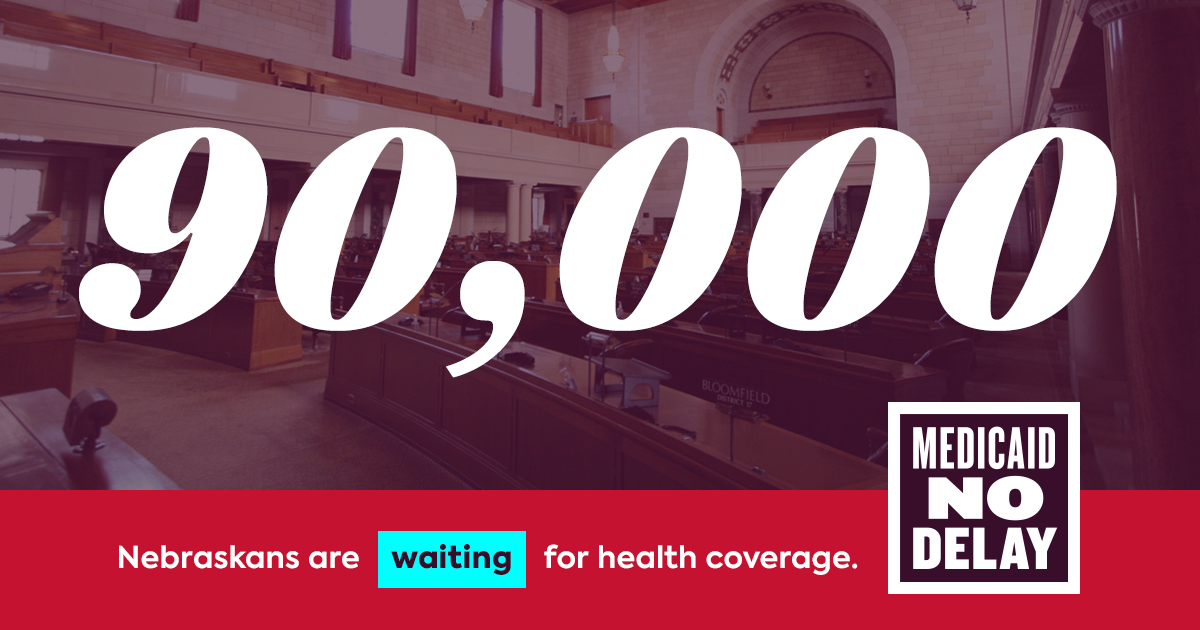 There have been a lot of developments in the last few weeks around Medicaid expansion in Nebraska. The Nebraska Department of Health and Human Services has announced a series of choices they made that will delay Medicaid expansion’s rollout until 2020, implement a series of complex and costly work requirements, and reduce coverage options for current Medicaid enrollees.

On April 1, the Nebraska Department of Health and Human Services (DHHS) filed the necessary state plan amendments (SPAs) to expand Medicaid in our state. These filings set the foundation for Medicaid expansion but also included a coverage start date of October 1, 2020. This coverage start date is around 23 months after voters passed Initiative 427. Nebraska voters passing Initiative 427 demonstrated an understanding of the health and financial challenges that result from not having insurance. However, under the DHHS plan for implementation, Nebraskans in the coverage gap continue to wait for coverage.

Nebraska DHHS’s proposed Section 1115 waiver includes many elements. Specifically, the proposal would create the Heritage Health Adult Program, which would cover both adults eligible for Medicaid expansion and around 25,000 adults currently enrolled in Medicaid as parents or caretaker relatives. The Heritage Health Adult Plan would include a tiered benefits system with two levels of coverage called Basic and Prime.

To get Prime Coverage, Medicaid enrollees would have to engage in wellness requirements including choosing a primary care provider and completing an annual check up and, during the second year of the program, complete work requirements for 80 hours/month. The work requirements could be met through employment, participation in job search activities through the State of Nebraska, post-secondary education or apprenticeship, or volunteering through a public charity.

The proposed waiver would also modify a number of other areas of Nebraska’s Medicaid program:

This waiver proposal is complicated. It’s important to note that these proposed changes that reduce coverage, add needless complexity, and increase administrative costs were not contemplated or required by the ballot initiative passed by voters in November 2018. This waiver project is a choice; it is not something that we as a state must do to expand Medicaid. The SPAs filed on April 1 create the foundation for Medicaid expansion in Nebraska and are the only steps required by the initiative to expand Medicaid.

In coming months, your voice will be needed

to make sure Medicaid expansion is implemented as voters intended.

Call your state senator and urge them to tell DHHS to implement Medicaid expansion quickly and without work requirements and benefits changes voters did not authorize.

If you are personally affected by these proposed changes or waiting for Medicaid expansion and would like to take action, we would love to hear from you at coveragegap@neappleseed.org or 402-249-2492.