There are only six days left until Election Day, and we’re working hard to get Nebraskans to vote “FOR Initiative 427.” With your continued help, 90,000 of our hard-working neighbors and friends will have a path to a healthier future next week.

Here are a few ways you can help leading up to November 6.

VOTE – This is the obvious one, but please vote “FOR Initiative 427.” Here’s a link to find your polling place. And if you want to vote early, you can return your mail-in ballot or vote early in person up through Monday at your local election office.

Important: If you plan to mail in your ballot, make sure you do it NOW to make sure it arrives at your election office in time to be counted.

Some other ways you can help:

Want to learn more about Medicaid expansion? Check out this fact sheet for more details.

Support has been pouring in across the state for Initiative 427 in the last week. On Sunday both the Omaha World-Herald and Lincoln Journal Star endorsed Initiative 427.

Here are some more links you can share on social media:

“Nebraskans already are paying $520 million for expanded Medicaid — in other states,” (Omaha World-Herald)

With only six days to Election Day, we’re so close to creating a healthier Nebraska future! You’ve already done so much, and we’re grateful for your work. Let’s bring it home and make sure we vote FOR Initiative 427. 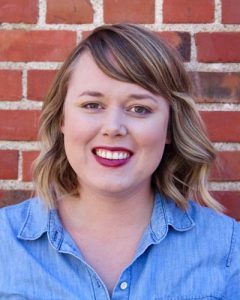