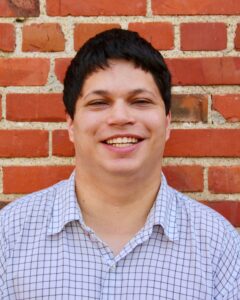 My name is Raul Noguera-McElroy and I am the new Weitz Fellow at Appleseed! I am a cross-program person working with the Child Welfare team on driver’s licenses for youth in foster care, working with the Field Team on Get Out the Vote (GOTV) work, and working on the new Collective Impact Lincoln program to engage Lincolnites on everyday issues.

I was born to two drug addicted parents on January 9, 1995, and shortly afterwards, I was placed in the foster care system. I languished for several years before child welfare advocates succeeded in implementing the Adoption and Safe Families Act, which required that children who had been in foster care for more than 15 months be put up for adoption. Thus, I was put up for adoption. Less than two years after this law went into force, my adoption was finalized.

I am also excited to work more on health care at Appleseed! My passion for work on health care work, particularly accessibility of health care, is because many family members and I struggle with pre-existing conditions and affording treatment for those services!

I am originally from Los Angeles, California, but I moved to Taos, New Mexico, at the age of 8. I currently live about 15 miles east of Taos in the Carson National Forest.

Before coming to Appleseed, I worked at TakeAction Minnesota as a summer organizing intern. My work would be best described as a short-term community organizer, where I went out, started developing community members into leaders, with focus on collecting health care stories. I also did election work in the Minnesota primaries in 2016.