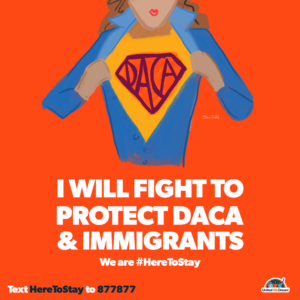 Yesterday, Nebraska’s Attorney General, Doug Peterson, joined nine other state Attorneys General in a letter to U.S. Attorney General Jeff Sessions. The letter threatened to file a lawsuit to end the Deferred Action for Childhood Arrivals (DACA) program if the Trump Administration does not end the program within the next several months.

The DACA program allows young immigrant Nebraskans known as “DREAMers” to remain in Nebraska with their families, go to work and school, and contribute to our economy. Now is a critical moment to stand with DREAMers.

Thank you for standing with Nebraska’s DREAMers.