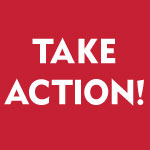 Believe it or not, we’re not done fighting off a bill that would take affordable health insurance away from tens of thousands of Nebraskans.

The House of Representatives has brought back the American Health Care Act (AHCA) that you helped to defeat earlier this month. But now, a new amendment will make the bill even worse, dismantling Medicaid and removing protections that ensure Nebraskans with pre-existing conditions aren’t charged sky-high rates for coverage.

The bill could have a vote in the House on Friday. Will you make a call today to protect affordable health coverage? Call your U.S. Representative and tell them they must vote “NO” on the revived AHCA.

Not sure who your Representative is? Click here to find out

The latest version of the AHCA is even worse than the first version. It allows states to opt-out of protections that keep insurance companies from overcharging people with pre-existing conditions. This would cause prices to skyrocket for Nebraskans who have survived cancer, dealt with common illnesses like asthma, even women who are pregnant.

The bill also guts Medicaid, which helps nearly 1 in 8 Nebraskans afford coverage – most of them children, the elderly, and people with disabilities.

It’s such a step backwards, House members wrote in a provision to exempt themselves from the bill’s effects. If it’s not good enough for them, why should it be good enough for you?

We cannot let tens of thousands of Nebraskans lose their health insurance. Please make a call today. Tell your Congressman the AHCA would hurt Nebraskans in every community in our state. They must vote “NO” on the House’s health care bill.