Each year, Appleseed is fortunate to work with bright, talented, and dedicated interns and law clerks who are passionate about fighting for justice and opportunity for all Nebraskans. Meet some of these outstanding young Nebraskans who dedicate their time to positive change in their communities. 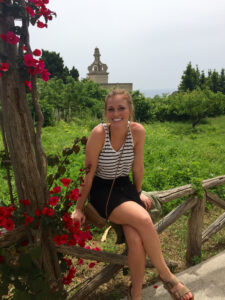 Camille, a junior at the University of Nebraska-Lincoln, is originally from Groton, South Dakota. She is majoring in economics with minors in political science and conflict resolution and will be applying to law schools in the fall. Camille spends her free time cooking, watching Netflix, and making ample to-do lists. 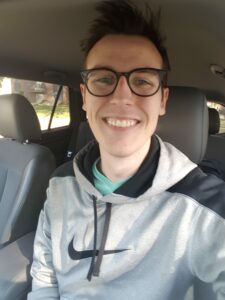 Matt Lenz is in his second-to-final year at the University of Nebraska-Lincoln. He studies English and Humanities in Medicine and plans to attend medical school. Originally from St. Louis, Matt enjoys reading, writing, and cooking. He is also an animal lover — he left behind two fluffy puppies in St. Louis, both of whom he misses very much.

Matt wanted to be a more active advocate and decided to join the Appleseed team and make a difference! We are glad to have Matt on our team, as we hear he had the highest batting average on his Little League baseball team. 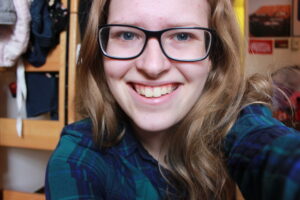 Diane, a sophomore at the University of Nebraska-Lincoln, originally from Underwood, Iowa, is majoring in forensic science with minors in political science and chemistry. Moving to a different state and attending UNL was a brave step for Diane, but she is very happy with her decision and has formed many wonderful friendships in her time at UNL.

She hopes to attend law school after graduation and eventually use her background in science to create effective public policy. In her free time, Diane likes to read, watch Parks and Recreation, and listen to music. She is an avid coffee drinker, has a strange love for buffalo sauce, and has been playing the trumpet for years! At Appleseed, Diane wants to play a part in addressing current issues and creating applicable solutions.

Tori is in her third year at Oregon State University in Corvallis, Oregon. Originally from Kearney, Nebraska, Tori is majoring in Women and Gender Studies and is on the pre-law track. She loves Appleseed’s positive effect on the community, and her passion is demonstrated by her receival of the Youth Friend of Kearney award in 2014. Tori loves the outdoors and spends her free time hiking, paddle boarding, and kayaking!

Anie, a Lincoln native, is a sophomore at the University of Nebraska-Lincoln. At UNL she is a Pre-Law, Political Science major with minors in Communication Studies and Criminology. In her free time she enjoys watching Netflix and going on walks.

Anie became an Appleseed intern on the recommendation of a friend, who also was a former intern. As a result Anie wanted to work at Appleseed to get involved and to help promote this positive change in our community. Thus far, Anie is most proud of earning her merit-based scholarships. In the future, Anie hopes to go to law school and go into either immigration or family law. One fact about Anie is that she can speak Nepali fluently! 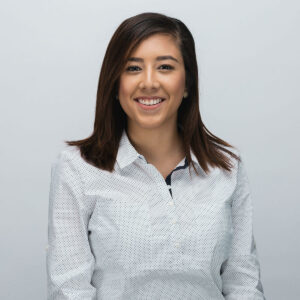 Joseline is a junior at the University of Nebraska-Lincoln studying Criminology and Criminal Justice with minors in Ethnic Studies and Spanish. Her proudest accomplishment thus far is being able to attend college.

Joseline is from Grand Island, Nebraska, and enjoys spending time with her family. Joseline wanted to intern at Appleseed because she wants to work in a place that works closely with the community. In the future, Joseline is working to become a lawyer. A cool fact about Joseline is she loves to travel!

Jamison is a Junior at Nebraska Wesleyan University with majors in Communication Studies and Social work and a minor in Spanish. In her free time Jamison enjoys watching Netflix, going for walks when it’s nice outside, going to movies, and going to coffee shops to read.

Jamison is from West Point, Nebraska, and she wanted to work at Appleseed because she loves the work that is done here and wanted to gain experience with it. An accomplishment Jamison is proud of is becoming president of her sorority as a sophomore and then Panhellenic president the following year. Jamison wants to be a social worker in either gerontology or child care in the future.

Maura Gray is a senior at the University of Nebraska-Lincoln with majors in Political Science and Global Studies and a minor in Spanish. Maura is from Kansas City, Kansas, and in her free time she enjoys listening to music and watching Celia or random documentaries on Netflix.

She wanted to work at Appleseed in order to better connect with the Nebraska community and explore policy advocacy outside of the classroom. In the future Maura hopes to teach and complete a Master’s degree in International and Comparative Education. Fun facts about Maura is that she plays the flute and is trying to learn Portuguese.

Martina is in her second year of her Master’s program in Spanish Literature at the University of Nebraska-Lincoln. Originally from Prerov, Czech Republic, Martina is accomplished in her ability to adapt to different cultures and work settings and enjoys meeting many wonderful people in these various environments. In her free time, she enjoys reading, cooking, traveling, listening to music, and doing outdoor activities such as hiking and running.

Although Martina is unsure of her future plans, she hopes to continue to work in a dynamic work environment similar to her previous nonprofit experience in Nicaragua and other service work within different communities across the world. In her experience at Appleseed, she hopes to apply her past experience to a new environment with a similar mission. She also feels she has much to contribute to this organization, specifically in cultural and linguistic aspects.

Fun fact – Martina ran a junior world championship in the steeplechase without a shoe!

Riley, a junior at the University of Nebraska-Lincoln, is majoring in Political Science and Journalism and minoring in History. Originally from Lincoln, he enjoys reading, running, playing golf, and spending time with friends. Riley also writes for the Daily Nebraskan, UNL’s student newspaper, and his first semester on the job won an award for best opinion column.

After graduation, he hopes to attend law school and will apply his experience at Appleseed to better understand how large-scale issues affect individuals. 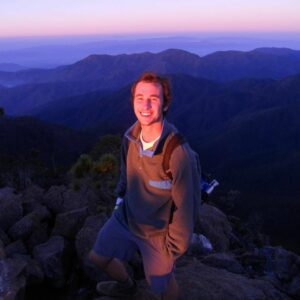 Jack is in his third year at Creighton University, majoring in health administration and policy and minoring in Spanish and Medical Anthropology. After undergrad, Jack plans to attend law school or attain a Masters degree in health policy or public health, as he is passionate about improving the health care delivery system. Long-term, he hopes to lead health care reform.

In his free time, Jack enjoys running, reading the news, exploring Omaha, and grabbing coffee with friends. He was also recently inducted into the Jesuit Honors Society, Alpha Sigma Nu, for his commitment to academics and service. Another fun fact – during his semester abroad in the Dominican Republic, Jack watched the sunrise from the tallest point in the entire Caribbean.

Maris is currently a junior at the University of Nebraska-Lincoln studying Psychology with emphases in philosophy, human rights and humanitarian affairs. She can see herself pursuing law school and becoming a civil rights or environmental attorney, or another route she has mulled over is becoming an environmental lobbyist. Originally from Norfolk, Nebraska, she has always been an active community volunteer. Appleseed will allow her to continue to make a positive impact on the community by fighting for the rights of others and working on important issues such as voting rights, immigration rights, and health care.

In her free time, you will find Maris tidying up – she is very organized – or spending some time relaxing. She loves reading, fishing, biking, going for walks, and doing yoga. Her proudest moment followed the removal of her wisdom teeth when she finished three seasons of The Office in two days. In her words, “it was awesome!”