In this November edition of “Appleseed in Action”:

Next Tuesday, November 8, is Election Day, and if you haven’t already voted early we encourage everyone to head to the polls to make your voice heard in our federal, state, and local elections!

Appleseed has been supporting local teams across the state in reaching out to more than 10,000 voters of color in eight regions, as well as a Lincoln coalition of cultural community centers and community groups. Locally led teams are coordinated by Centro Hispano (Columbus), Get Out To Vote Lexington, the Grand Island Latino Network, Unity In Action (South Sioux City), Native Futures (Alliance), Crete, Scottsbluff, the Winnebago Tribe of Nebraska, and the Lincoln Get Out The Vote coalition. They have done outstanding nonpartisan work to educate their neighbors and get out the vote in their communities!

November Events at the Urban Abbey in Omaha 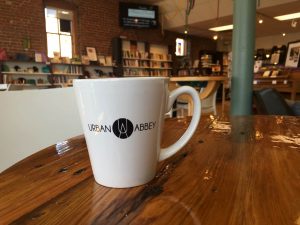 Grab a cup of coffee, a snack, or a bag of beans at the Urban Abbey in Omaha (1026 Jackson St) throughout November and 10% of all coffee bar sales and 100% of “Urban Abbey Blend” whole bean sales will be donated to Nebraska Appleseed!

Join us at one of the community events we’re hosting at the Abbey this month:

Join Appleseed for a short history of immigration in the US and Nebraska, an overview of current immigration law, and next steps for fixing our long-outdated immigration laws, and how you can help as an advocate.

Lattes and Legislation: Discussing the 2017 Legislative Session with Nebraska Appleseed

Join Nebraska Appleseed for a lively conversation about important policies we’re fighting for in the upcoming Nebraska legislative session. Learn the lingo, get the facts, and come together with friends for an enjoyable night of espresso and engagement!

November 1 marked the start of the fourth Open Enrollment Period for the ACA Health Insurance Marketplace. Last year, more than 87,000 Nebraskans found coverage through the Marketplace, and the statewide Assisters of Enroll Nebraska are looking to best that total again this year.

Nebraskans have a couple new tools this year to find free, local assistance in comparing coverage plans. You can schedule an appointment with a local Assister by calling the United Way of the Midlands’ free 2-1-1 service or use the new online Get Covered Connector. 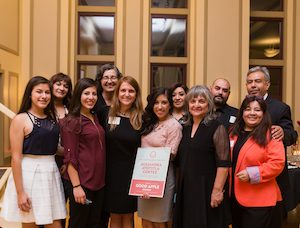 On October 13, we were energized by celebrating outstanding advocates who have fought for justice and opportunity in Nebraska at the 2016 Good Apple Awards: Something Called Progress.

Thank you to the hundreds of supporters and partners who joined together for an energizing evening that recognized the hard work of our honorees and left us ready to carry forward our shared mission together in 2017.

The High Cost of Being Poor 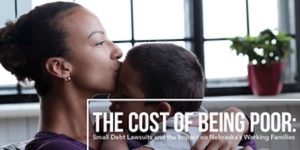 On October 21, Nebraska advocates saw the hard facts about how predatory lending and small-dollar debt collection lawsuits are keeping low-income people in our state trapped in poverty.

In an Omaha panel discussion, “The High Cost of Being Poor,” reporter Paul Kiel of ProPublica, showed how Nebraska’s loose regulations of payday lenders and low court fees encourage companies to sue Nebraskans over debts as small as $60, many of them medical debts from uninsured families.

These predatory practices are large obstacles for low-income families to overcome as they work to get ahead. In the coming year, Appleseed will work with other advocates to reform predatory lending so all Nebraskans can receive fair lending practices.