The history of Nebraska voting rights for former felons

This is a guest blog from Appleseed intern Angela Ching. 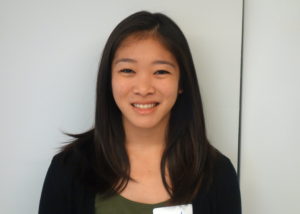 In 2005, the Nebraska Legislature voted to override the veto of then-Governor Dave Heineman and passed a bill (LB 53) that automatically restored voting rights to former felons two years after they completed their entire sentence — including probation or parole.

A significant portion of Nebraska’s communities are affected by this voting law, and with the 2016 general election soon approaching in November, accurate information on voting eligibility for ex-felons is vital for everyone to know their rights.

This May, ACLU of Nebraska conducted a phone survey and found that more than half of all counties in Nebraska provided incorrect information on felon voting rights. 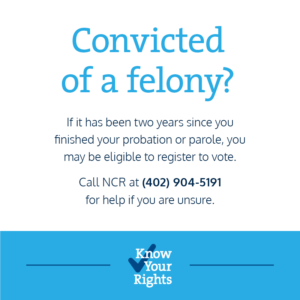 Felon voting rights is a state-by-state issue. In Maine and Vermont, people convicted of felonies can vote from prison while serving their sentence. Iowa, Kentucky, and Florida permanently ban everyone with a felony conviction from voting. Other states restore voting rights based on various conditions.

Though felon disenfranchisement dates back to ancient Greece, it became a much more popular practice in the U.S. following the Civil War as a way to implicitly oppress black voters.

Prior to LB 53, Nebraskans with felony convictions had to wait 10 years, then receive a pardon from the governor, in order to vote again. When the bill passed in 2005, it affected approximately 59,000 Nebraskans, a number that grows by an estimated 2,000 people each year.

If you have completed your sentence for a felony and have questions about your voting rights, contact Nebraskans For Civic Reform at (402) 904-5191. You may be eligible to vote in November.