Note: This is a guest post from Health Care Intern Sarah Huddleston. 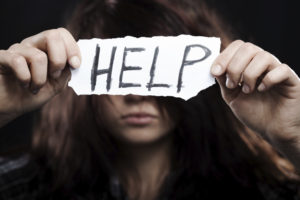 It’s no secret that substance abuse is a prevalent health problem facing not just Nebraska but the U.S. as a whole. 20.2 million adults in the U.S. suffer from a substance abuse disorder, and many of them go untreated.

A recent Los Angeles Times article states something very significant when it comes to access to substance abuse treatment: states that have expanded Medicaid have seen a huge increase in the number of patients receiving care from addiction treatment facilities.

The article discusses individual clinics with treatment rate improvements in states that have approved Medicaid expansion. For example, Yngvild Olsen is a medical director at a substance abuse treatment center in Maryland, a state that has expanded Medicaid. Olsen has observed the presence of many more patients, specifically those who may not have been able to receive treatment previously, in her clinic since the expansion. Dr. Sarah Wakeman, director of her hospital’s substance abuse disorder initiative, has also seen a similar improvement in Massachusetts.

Alternately, the article covers the treatment access of states that have not expanded Medicaid, such as Nebraska. One of the article’s interviewees is Jared Ray, substance abuse director of First Step Recovery in Lincoln. He has seen that often uninsured patients leave the rehab program, not because of lack of interest in recovery but a lack of ability to afford treatment. 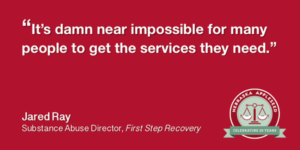 Additionally, a report from the U.S. Department of Health and Human Services projects potential health outcomes if states yet to expand Medicaid were to opt into the program. The agency suggests that, currently, almost a third (31%) of Nebraskans who would be eligible for health coverage through Medicaid expansion have experienced mental illness or a substance use disorder in the past year. Through Medicaid expansion, it is projected that our state could reduce the number of Nebraskans experiencing symptoms of depression by 4,000 people, in addition to increasing the number of people reporting that they are in good health.

Through their focus on addiction treatment rate improvement, the LA Times article and the U.S. Department of Health and Human Services report highlight yet another reason why expanding Medicaid in Nebraska would lead to healthier communities as more people could travel the path away from addiction.