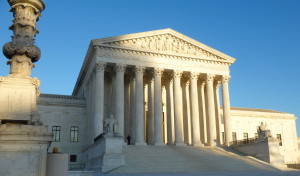 Earlier this week, Nebraska Appleseed joined a coalition of 224 immigration, civil rights, labor, and social service groups to file an amicus brief to the United States Supreme Court. The brief urged the Court to review Texas v. United States, a case that has temporarily blocked implementation of the President’s administrative relief programs for those who qualify for expanded Deferred Action for Childhood Arrivals (DACA) and Deferred Action for Parents of Americans and Lawful Permanent Residents (DAPA).

Although this case does not affect the original DACA program, the temporary delay on DAPA and expanded DACA has been troubling for thousands of Nebraska families and immigrant Nebraskans who have strong ties to our state and our country. Instead of families being able to live and work without fear of separation, the temporary block on DACA and DAPA continues to jeopardize families’ ability to stay together. A positive ruling from the Supreme Court will allow hardworking families to remain united and contribute to their communities.

The brief explains how both administrative relief policies would benefit our economy and highlights a number of powerful testimonials and stories about potential beneficiaries of the programs.

While we hope that the Supreme Court takes up this important case to review DAPA and expanded DACA – policies that are supported by strong legal precedent – the ultimate responsibility falls to Congress to pass updated, common-sense immigration laws that keep families together.