In this November edition of “Appleseed in Action”:

Support health coverage for all Nebraskans. Join the “Insure The Good Life” campaign! 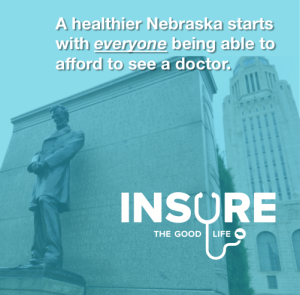 Right now, 77,000 of our friends and neighbors in Nebraska can’t afford the health coverage that everyone needs. We’re fighting to change that because we’re a stronger state when everyone can afford to see a doctor.

We want your help! Join the “Insure The Good Life” campaign and stay informed on how to take action at key moments. Your voice is important!

Visit InsureTheGoodLife.com to see the personal stories of Nebraskans who’s lives have been hurt by the coverage gap and learn how to Take Action! 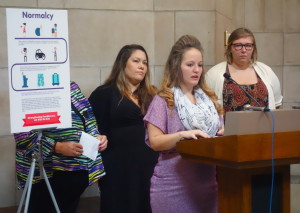 On October 22, Nebraska child welfare stakeholders released a new report with recommendations on how to best implement the Preventing Sex Trafficking and Strengthening Families Act (SFA) in Nebraska to improve outcomes for children and youth in the foster care system.

The report, ”Letting Kids Be Kids: Nebraska’s Implementation of the Strengthening Families Act,” contains recommendations on how to locally implement the SFA, a federal law passed in 2014. The law can ensure Nebraska children and youth in foster care can have the same age- and developmentally-appropriate experiences as other kids that are important for their healthy development – a practice known as “normalcy.” 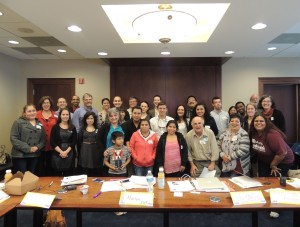 On October 27, a new report released by Oxfam America exposed widespread, ongoing worker abuses in America’s poultry plants. The report reaffirmed a decade’s worth of study by Appleseed and other human rights groups that has found workers in our nation’s meatpacking and poultry plants suffer alarmingly high rates of injury and do their work in an overwhelming climate of fear.

Earlier this month, meat and poultry workers from Nebraska and other states, together with Oxfam, Nebraska Appleseed, the Southern Poverty Law Center, and other partners met in Washington D.C. to brief federal officials on meat and poultry injuries.

Appleseed joins other civil and human rights groups to continue to call for federal work-speed protections that allow the workers who ensure the safety of our food supply to work in safe and dignified conditions.

Join us November 10 for Happy Hour in Lincoln! 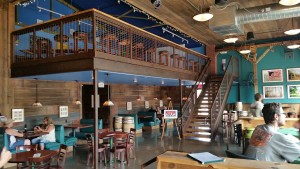 Join us for a Happy Hour fundraiser Tuesday, November 10 at 5 pm at Ploughshare Brewing Co. (1630 P St) in downtown Lincoln!

Stop by and enjoy a complimentary Ploughshare craft beer and warm soft pretzels, meet our staff and fellow supporters, and learn about how you can get involved on big initiatives in 2016.

Suggested donation is $25 and can be made at the door or online. Can’t come but want to help? Chip in a few bucks here. 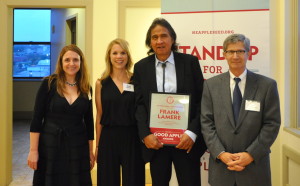 The energy in the room was undeniable on October 22 when Nebraska Appleseed hosted the 2015 Good Apple Awards, our annual awards dinner where we thank the many supporters and allies who stood up for justice over the past year and give special honor to advocates who have made outstanding contributions to justice and opportunity for all Nebraskans.

Thank you to all who attended and made the evening our largest Good Apple Awards yet.