TODAY is the last day to sign a petition to put a measure on the fall ballot to raise the minimum wage in Nebraska to $9 per hour!  We’re close to our goal of signatures from 83,000 registered voters, but every signature counts!

If you still want to add your name to the list, you can sign the petition at the following locations:

On June 25, a diverse group of more than 50 Nebraska organizations representing thousands of Nebraskans again called upon Congress to enact common-sense immigration laws.

In a letter sent to the Nebraska Congressional delegation and released to the press, the groups reminded our Congressmen of the strong support for immigration reform in our state.

Every year, Appleseed is fortunate to work with a number of passionate, bright young law clerks and interns who help our fight for equal justice and opportunity for all Nebraskans.

In our ongoing blog series, we invite you to meet our 2014 law clerks and interns who bring a variety of diverse backgrounds and experiences to our work.

In June, we were fortunate to add two outstanding members to the Appleseed team.

Lincoln native Becca Brune joined Appleseed as a Child Welfare Program Associate. Becca graduated from Nebraska Wesleyan University in May and will contribute to our effort to ensure Nebraska’s child welfare system works for a healthier future for all kids. 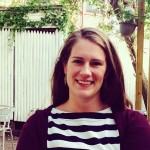 Mary Ann Harvey, a Lincoln native, was hired as a staff attorney for our Economic Justice program. Mary Ann previously worked for three years at The Legal Aid Society in New York City and served as an Appleseed law clerk in 2009.

Appleseed Welcomes new Officers to Board of Directors

Appleseed recently welcomed a group of new officers to serve on our Board of Directors. These individuals will be instrumental in leading our efforts to increase opportunity and justice for all Nebraskans during their three-year term.

Meet our new Board Officers

Thank You for Helping Appleseed Raise over $37,000 on Give To Lincoln Day!

The final numbers just came in, and thanks to your generous support, Appleseed raised an incredible $37,090 on this year’s Give To Lincoln Day! That includes an additional bonus match of $4,500 from the Lincoln Community Foundation because of the gifts donors like you gave on this special giving day.

Thank you so much to everyone who gave on this year’s Give to Lincoln Day. Our staff and board are grateful for your incredible generosity.